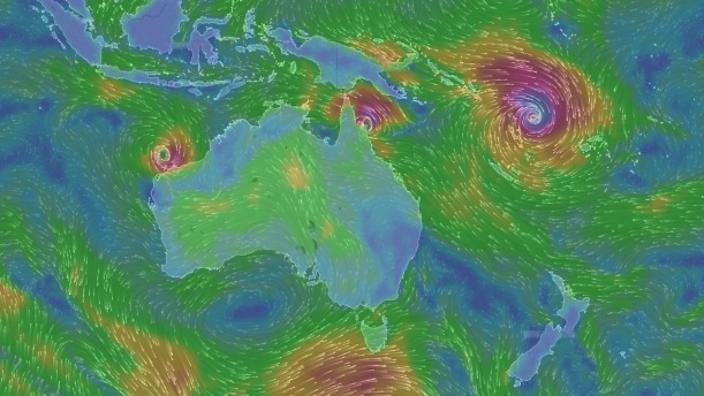 An enormous tropical cyclone hit Vanuatu in the South Pacific leaving destruction and death in its path.

UNICEF New Zealand said Saturday that the cyclone named Pam could be one of the worst weather disasters of the Pacific in recent years and maybe history.

“While it is too early to say for certain, early reports are indicating that this weather disaster could potentially be one of the worst in Pacific history,” Vivien Maidaborn said in a statement.

[quote_center]”The sheer force of the storm combined with communities just not set up to withstand it, could have devastating results for thousands across the region.”[/quote_center]

Communications and power lines are down for all of Vanuatu. The island has decided to close the Port Vila airport until everything is safe. UNICEF is now focusing on finding shelters for those who were affected.

Alice Clements, who is UNICEF’s Pacific communications specialist, said that the cyclone was not taken very serious as it looked weak. The story ended up being completely different, as the tropical cyclone was way worse than predicted.

[quote_center]”I saw the sliding doors from my three-story hotel room completely blow away — it was terrifying,” she said.[/quote_center]

She also said that there are unconfirmed reports of casualties from the surrounding islands and that they’re still waiting for official confirmation.

The extent of the damage is unknown, but what is known is that the cyclone slammed directly into the island with winds up to 205 miles an hour. Meteorologists say it was a category five storm.

Experts fear that the damage is far worse than rumored with serious losses that are not known yet. The United Nations has an unconfirmed report of 44 residents dead in just one island. Some witnesses say, the scene around the place is complete devastation with houses completely destroyed, trees down, and blocked roads. People are just in shock, walking around looking for whatever they have left.

The cyclone named Pam was around for 15-30 minutes as it crossed Vanuatu. The island with a population of 65,000 was the most affected.

The residents tried to prepare the best they could for the storm. They packed into caves and other improvised shelters.

Save the Children foundation is looking to get humanitarian response as soon as possible. The Red Cross is also chipping in with medicine, food and shelter. Aid agencies will fly out the area on the weekend or whenever the Port Vila Airport is reopened.

The cyclone is still around and has “very destructive” hurricane-force winds, according to the Vanuatu Meteorological Service. Flash flooding and heavy rain are expected for Saturday around the islands. Experts say it will touch New Caledonia and Fiji before getting close to the north side of New Zealand.