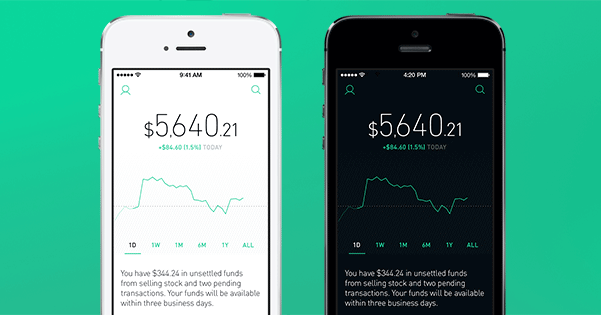 A new app has just launched that allows you to trade stocks completely for free, the Robinhood app, is about an $8 a month value, if you are comparing the new stock trading company to places like E*Trade.

The Robinhood app can be downloaded for free through Apple iTunes, as it’s currently only available for Apple, but an Android version of the app is in development right now. Just by word-of-mouth, the wait list for this app was at 800,000 people before it was released, which is amazing considering the amount of other choices available for trading stock. What has made this app popular is the fact that it’s completely free, so people who are interested in trading stocks but are limited on income now have a fun way to access a new financial adventure.

One other really great thing about the Robinhood app is that you do not need to have any minimum balance to start trading stocks, which is nice considering that a lot of companies require you to have at least $100 to begin investing. This lack of a minimum requirement is also a very popular and exciting opportunity for people who might not have the financial ability to trade stocks otherwise.

The cofounders of Robinhood, Vladimir Tenev and Baiju Bhatt, graduated from Stanford and are really into math, which is how they got their start on Wall Street. They both wanted to target the millennial generation, which is the biggest consumer of electronics and the Internet, but also not the most savvy when it comes to finances and investing money. Another factor in their decision to make the app was to make the millennial generation feel like being involved in financing and investing is a great opportunity, and it doesn’t need to be a Wall Street bank tycoon situation. A lot of the millennial generation has a sour taste in their mouths as the result of the way Wall Street has ran the past 10 years, especially when the banks and various financial groups collapsed in 2008, which led to movements like Occupy Wall Street. So Robinhood app is taking the importance of financial investments and making it into something fun that the younger generation will be excited about.

Although Robinhood doesn’t charge anything to start your own investment portfolio, it does still make money by margin lending and earning interest on people’s cash balances. There are concerns in the financial industry and around the business world about how long Robinhood can last with this type of business model, because it’s basically uncharted territory. As of right now, with over 800,000 planning to use the service, it looks like it’s off to a great start, and even more people will start using it once they hear their friends talk good about the app and what it has to offer.