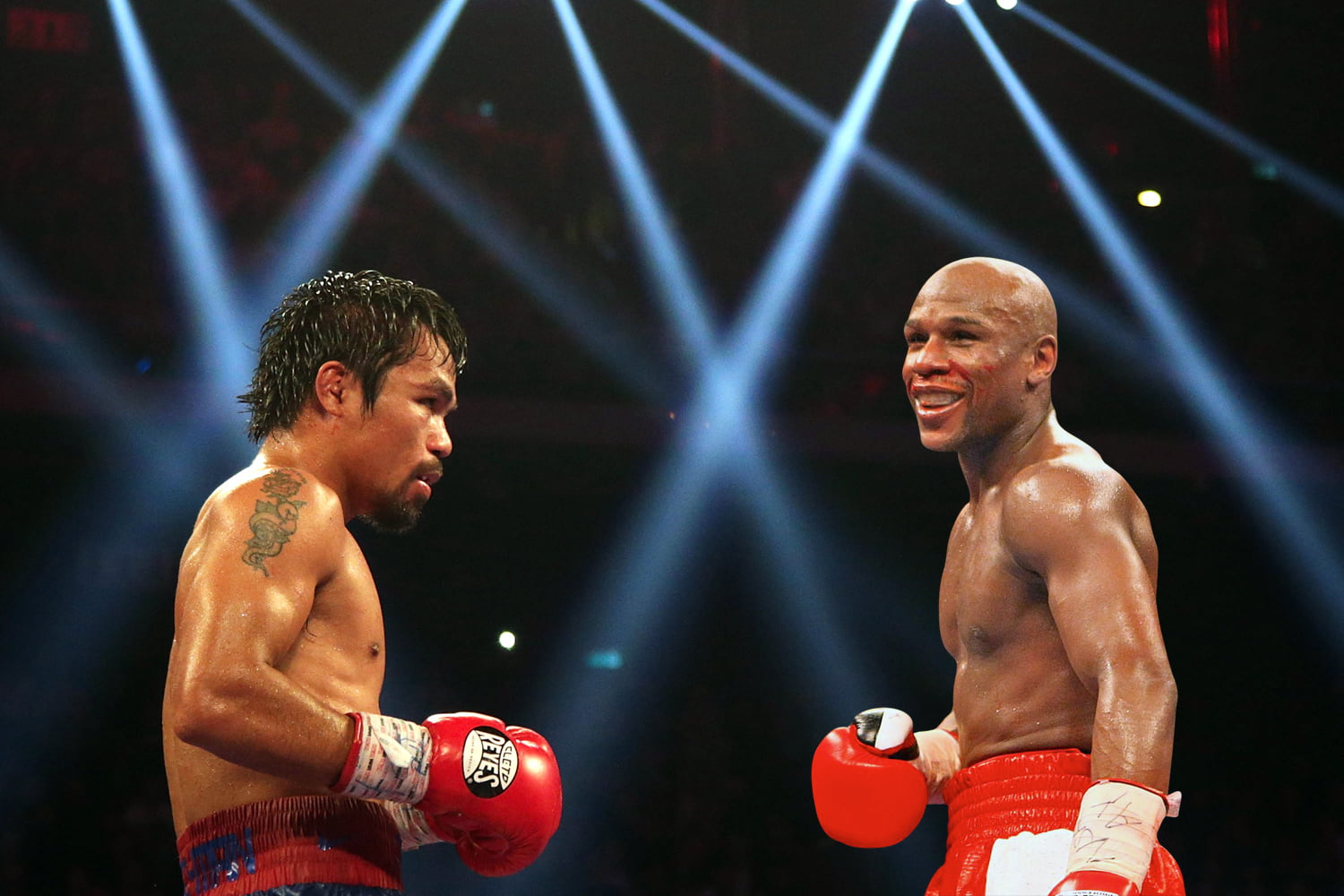 Boxing fan or not, the common question of “When will the Pacquiao fight Mayweather?” rises among many. After a long wait, the unbeaten welterweight Floyd Mayweather has announced that the fight will happen. His opponent is Manny Pacquioa, eight-division champ, with the record of 57-5-2. Pacquioa agreed to the contract and the highly anticipated fight will go down on May 2. With this set in stone, the trainers of these dedicated fighters have one plan in mind. Train, train, train. Then train even more.

With one of the world’s best fighters, comes with arguably one of the wisest trainers. Having trained Manny Pacquioa for 15 years, Freddie Roach has clearly experienced success in his life. Roach trains fighters, but also is a fighter himself. Fighting a constant battle with Parkinson’s disease is not easy for a man attempting to improve Pacquioa. This talented corner-man has been at the side of other famous world champions such as Julio Cesar Chavez, Oscar De La Hoya, and Bernard Hopkins. Roach has also been voted for US trainer of the year not once, but seven times.

With such a prestigious status, how could the Pacquioa team lose? Well, their opponent will be able to take more than a few hits which reflects his 47-0 record. Even Roach believes that this fight will take more effort than sparring the regular Joe at the gym. Mayweather is currently the highest-paid athlete in the world, and holds 26 knockouts.

Handling possibly the richest fight in history, Roach has a lot on his plate. On Thursday, he told AFP that training for this exciting fight will be “the biggest challenge of my life”. With so much on the line, it would be crucial to understand and analyze the opponent’s moves. Roach even understands the true potential and power of Mayweather.

“Floyd’s undefeated. He’s talented, He’s unique. Here’s a guy I first saw when he was five years old in the gym” Roach states. Pacquioa’s trainer isn’t the only one commenting on the fight. On Twitter, Manny Pacquioa tweeted a picture of the contract and stated “I am very happy that Floyd Mayweather and I can give the fans the fight they have wanted for so many years,” said Pacquiao.

Some say the fight is purely for money. Money to the fighter. Money to the broadcaster. Money to the team. However, pride is significant role and may be the most important prize to win for either fighters. Roach has even ignited the flame even further with some not so friendly trash talk. Roach says that “Floyd should enjoy being the A-side while he can” because on May 2, “Manny is going to put him on his backside.”

“I am very happy that Floyd Mayweather and I can give the fans the fight they have wanted for so many years,” -Manny Pacquioa, professional boxer

In response, Mayweather reveals his confidence in his skills when he boasts “Manny is going to try to do what 47 before him failed to do, but he won’t be successful”. Whether Mayweather goes 48-0 or 47-1, this fight will most likely go down in history. The anticipation, money, and pride in combination will produce an event you will not want to miss.