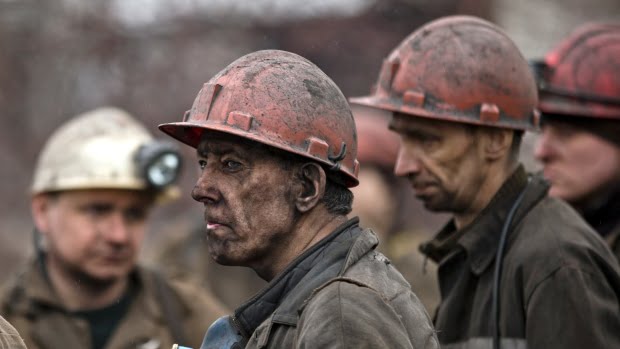 The coal mine located in a rebel region of Ukraine is believed to have taken the lives of over 30 miners. Not a lot is known but the rebels that control the area believe it was a gas blast.

Seventeen workers were confirmed dead at the mine, officials said. Another fifteen are missing and feared dead.

The mine called Zasyadko has already been the scene of other mining disasters. Eight years ago 101 miners were killed in which is known as the worst mining disaster in Ukraine.

A lot of people fear the rebels don’t have enough resources to deal with his huge disaster, BBC reported. This only makes it more difficult because the area is controlled only by them.

The Ukrainian president has taken action and demanded access to the mine for police officers, rescuers, ambulances and all other departments that can provide
help.

The mine is awfully close to a front line where rebels and government troops have been battling each other for a few months now. However, a mine official told an Ukrainian TV station that the area has been quiet in recent days.

Even though Ukraine’s economy has been severely affected by their current situation, many mines are still operative in the conflict areas between rebels and troops. The bad thing? Very poor safety standards and the frequent accidents.

Deadliest Coal Mine Disasters in Ukraine

– In November 18 2007, 101 miners were killed by a methane explosion in the same mine as the disaster of today.

– Today, 30 plus are feared dead at the Zasyadko mine.

Residents of the area did not know the details of the tragedy which occurred at 05:20 local time. A spokesman of the Ukrainian parliament broke the news saying 32 miners had been killed and called for a minute of silence. He later retracted saying that only one person was dead and that the fate of 30 others was unknown.

At the time of the blast, the mine had 230 people working which only 200 have been accounted for. The goverment has not said much about the disaster and families of the miners are asking questions. One family member asked “Tell me, are there survivors?” “Why are you concealing the truth?” 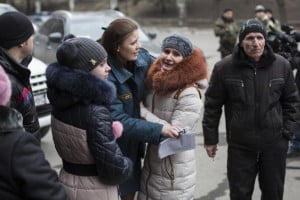 A welder at the mine said this is his fourth explosion in 23 years working at the mine. He says that if authorities did not get the miners out right away then they will only retrieve dead bodies. He has been extremely lucky his time there.

The mine is one of the biggest coal producers in Ukraine and is supplying to one of the wealthiest businessman in Ukraine, Rinat Akhmetov.

Sadly, this tragedy will only add more to the 6,000 killed in the conflicts that is tearing the country apart since early last year. What should be done with this mine? Should mining in this area stop until the conflict is over?

Nov 29, 2021
The month of November has brought the November Savings and Black Friday deals but PlayStation Blog has announced one more sale. Beginning on Nov....