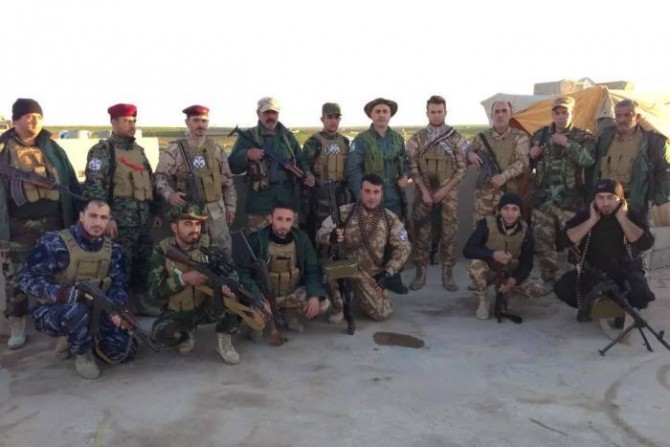 After leaving his home in Maryland to fight in the Middle East, Matthew VanDyke says he began getting phone calls from US military veterans interested in doing what he is doing.

By this time, Mr. VanDyke, whose only experience was popularized in a documentary seen by a number of these US military veterans, founded his own company, Sons of Liberty International, where today he trains Kurdish people in the northern Iraq city of Erbil to fight for themselves.

It’s not as easy as it sounds, most of the time, he’s disheartened by the intentions of these former military soldiers. “Some people never got to fight,” he says. “So they want a chance to do that.”

Some reasons are even worse. “Some people just enjoy war – I don’t want those people around me,” he adds. “I don’t want thrill-seekers.”

In his opinion, many of these veterans are missing “a genuine sense of someone wanting to make the best contribution to the region.”

It is a mix of reasons and motivations that make these Americans travel to the Middle East and fight or join the Islamic State Group. US officials estimate more than 130 have already done this.

Tairod is a former U.S. Air Force veteran arrested for allegedly trying to join IS in Syria. He says he’s not guilty of the two charges against him. The 50 year old, who served from 1986 to 1990 appears to have been drawn in by IS propaganda videos, which were found on his laptop at the time of his arrest.

Tairod’s case is not very common, as most foreign fighters have decided to fight against the Islamic State instead of joining them. Some US veterans add that this the opportunity to go into combat, which some never experienced. For others, it is a chance to finish undone work.

These veteran fighters usually wear body armor and the traditional keffiyeh, a scarf popularized by Palestinian leader Yasser Arafat. US Army veteran Jordan Matson, teaches Kurdish fighters how to fist bump and other friendly gestures. He retired from the Army a while back and arrived in Iraq on his own. How? He got in touch with Kurdish fighters through social media.

The purpose of his visit is to protect the Iraqi people from IS. “I want to stand up for the Kurds in this area,” he says. Mr. Matson served in the Army for two years, but did not obtain any combat experience. The veteran is one of the first American fighters to have joined with Iraqi Kurdish forces and give them training.

Jordan is filming a documentary as well. In his recordings, he expresses his desire to get into combat and is very impatient about it. Back in Wisconsin, he used to work at a food processing plant. He told CNN, “Civilian life just wasn’t for me.”

There are a few other veterans like Patrick Maxwell and Thomas James Brennan that understand why some ex military soldiers decide to do this. While they know the dangers, they say the close bonds that they formed in battle is what’s bringing them back.