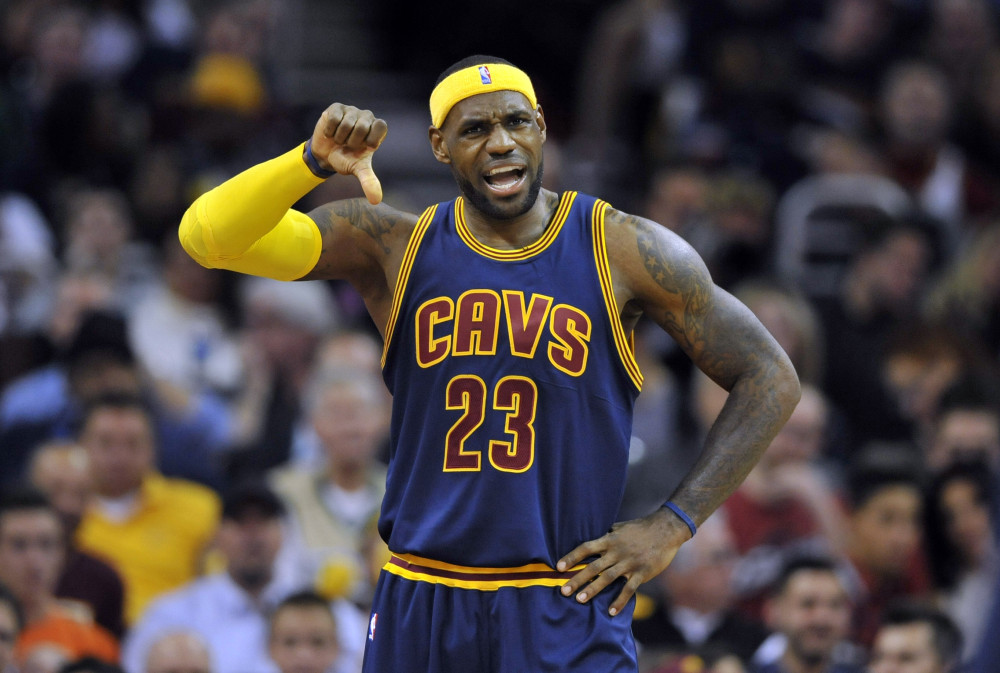 In all of NBA History, a mere three players have won at least five MVP awards. In this small group includes Michael Jordan, Kareem Abdul-Jabbar and Bill Russell. Does LeBron James have a chance at being added into this list?

The closing of the 2014-15 season will be the judge of this. The dedicated athlete has already earned four MVP trophies, but this year’s competition may prove to be a challenge. Two top contenders for this year’s MVP award are James Harden and Stephen Curry.

Harden has picked the Houston Rockets up without Dwight Howard, leading the team to a top-three seed in the West Conference. Curry is currently the strongest and arguably the best player on the Golden State Warriors. His stats may not prove that he is the best player in the league, but his teams record clearly shows that Curry has great chemistry with his team.

Russell Westbrook is also a fierce competitor in the game, currently at 27.4 points per game. Westbrook also leads in rebounds and assists. However, due to the Thunder being in eighth place in the West, this motivated player may not be able to take the award right away.

What does James bring to the Cavaliers that sets him apart from other hard working players? To put it simply: a lot.

Although the Cleveland is the host of great players such as Kevin Love and Kyrie Irving, Jame’s is one of the main reasons of success for the team. Irving even dropped 55 points in a game against the Trail Blazers on January 28th. However, the Cavaliers were 2-9 when LeBron was not with the team. This meant that they won about 18% of their games. Ouch.

“He looks like the MVP to me. I know we’ve got all this argument going on, but man, he’s hard to stop” – Brad Stevens, Boston Celtics Coach

LeBron’s arrival quickly turned this losing driven team, bringing the Cavs up to a record of 38-16. The Cavaliers had a winning percentage of 70.4%, only beaten by three teams with slightly higher percentages.

During the 11 games that James missed, the team’s offense performed poorly. With an average of 91.3 points per game when James is not playing, this proved detrimental to the team.  They needed James, and needed more than his points.

Not only does he score, but he works with other great players like Love and Irving to average 7.3 assists per game. His coordination with the team allows them to grow off of his mentality. For example, even if he is on the bench, LeBron gives tips on how to improve, encourages his teammates, and builds chemistry.

Even other teams support James winning the award. Boston Celtics coach Brad Stevens told MassLive.com “He looks like the MVP to me. I know we’ve got all this argument going on, but man, he’s hard to stop”. Being a skilled player involves being the best and unstoppable. That’s what LeBron is.

However, the past may hurt Lebron’s chances of taking home his fifth MVP award. Many voters would rather see a new face, and may choose one of the other four based on this fatigue. Who will earn the MVP? Will it be Curry, James, Westbrook, or Harden?