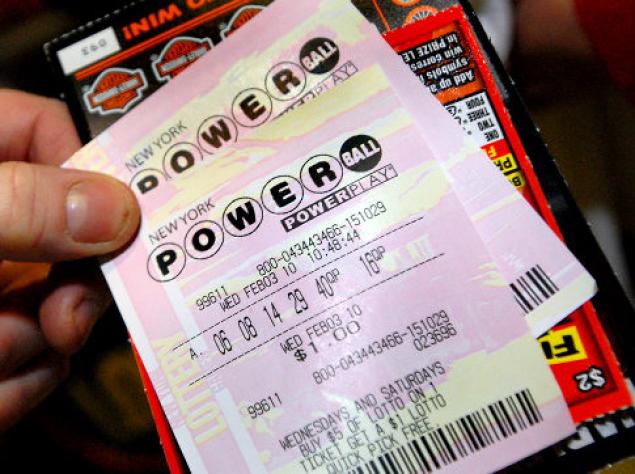 A winning $1 million Powerball ticket was sold in Hennepin County on March 26, 2014, and this winning ticket has yet to be claimed. The winning lottery ticket is set to expire today, March 26, 2015, and the state of Minnesota is asking everyone to check their numbers so they can claim their prize.

The lucky winner needs to come forward before 5 p.m on Thursday March 26, 2015 in order to claim their prize, or it becomes forfeited to the state of Minnesota. Last year alone, Minnesota residents ended up losing out on $9.6 million in unclaimed lottery ticket winnings, which is quite astounding. The money from the unclaimed lottery ticket winnings go into the state of Minnesota’s general fund. Just in case you still have your ticket, the winning ticket reads 28-33-41-44-59 and the Powerball is 21.

In March 2015, one unlucky person who purchased an All or Nothing lottery ticket in Wright County ended up forfeiting a $100,000 prize because the person never claimed it. This happens far too often because people tend to think they will not ever win, so they either throw the ticket away or just simply forget to check the lottery numbers. Sometimes people will misplace the lottery ticket and other times the person will just not realize they won, even after looking up the lottery numbers from that specific drawing.

State Representative Joe Atkins just announced that he going to introduce legislation that will be aimed at helping the lottery ticket winners claim their prizes before the prizes expire. The legislation will make it mandatory for the Minnesota Lottery to make it public where the winning ticket was sold, meaning the specific store and not just the county the winning ticket came from. If that doesn’t do the trick, the legislation also wants the lottery to begin reviewing surveillance tapes from the winning store to help identify the winner. The video surveillance part of the legislation would happen if the ticket goes unclaimed for at least 10 months, but the problem with that is most stores only keep tapes for up to 14 days. Usually, stores will simply record over surveillance tapes after a certain amount of time has elapsed, so it’s not clear how the legislation would work if the store doesn’t have the tape of the person who purchased the ticket in the first place.

Atkins said in a statement, “It breaks my heart to see a $1 million prize be forfeited to the state.” So he is trying to do what he can through legislation to make sure that people get the money they legitimately won through the lottery. It’s important to think about how even $100,000 can drastically change the life of one lucky resident. Some people are calling the legislation a waste of time and effort because it should be up to the person who purchased the ticket to check the numbers to see if they have won. Although the part of the legislation requiring the specific store to be publicly announced is a good thing, because sometimes people travel and purchase a ticket on a whim, and then forget that they ever went to the winning county. If the legislation can get the store to be publicly announced, that would go a long way in helping people figure out they were the winner, and would likely do more to help people claim their money than try to track them down through surveillance video.