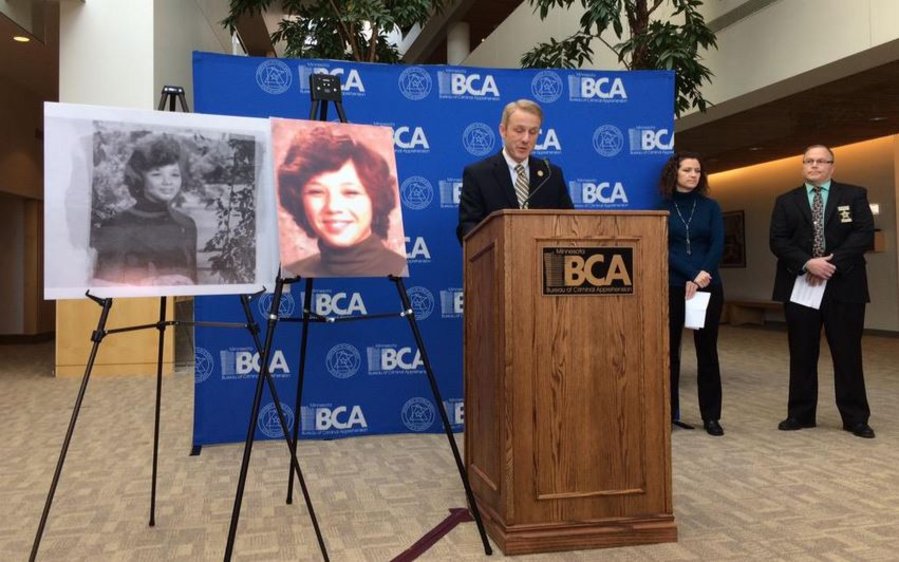 Blue Earth Jane Doe, the woman who had been killed by a Minnesota State Trooper 35 years ago, has finally been identified.

The woman known as Blue Earth Jane Doe is now known to be Texas native, Michelle Y. Busha, who was 18-years-old at the time of her disappearance. Busha had been hitchhiking across the country, according to what the investigators said during a press conference on Tuesday. 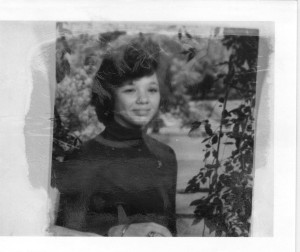 Busha had been handcuffed, raped, and strangled by a state trooper after she had denied his request for sex, and then found about a mile downstream in a Minnesota drainage ditch on Memorial Day in 1980. The woman’s body was exhumed in August 2014, which gave investigators the chance to finally use the DNA database to search once again for the woman known as Blue Earth Jane Doe. Once her DNA was entered into the database, there was a match, finally after 35 long years of having an unmarked grave. Two of the relatives of Busha has submitted their DNA into the national database willingly in 2007, in hope that it would lead them to their long lost family member. It was because of their submission into the system that the DNA database was able to link the DNA from Busha to her family members.

The Minnesota State Trooper who was charged with the murder and rape was Robert LeRoy Nelson, and he was charged in 1988. Nelson eventually plead guilty to the crime and was convicted on first-degree manslaughter, at the time he was 43-years-old. Nelson is currently serving a life sentence nearby Houston, Texas, which is where he is being held while serving time for a different sexual assault case.

The relatives of Busha are relieved now to know that she is finally at peace, but were also surprised that the woman had gone missing in Minnesota. During the confession Nelson made many years ago, he had admitted picking her up that night after seeing her get out of another car, then he sexually assaulted her and handcuffed her before strangling her. Nelson then detailed how he placed her in a drainage ditch, naked and without any identifiable items.

In 1988, when Nelson moved down to Texas to join the Light Ministries after quitting the police force, he was hauled into the police station for questioning in a sexual assault case involving a child. It was during that interview that Nelson came clean about killing a woman up in Minnesota, although he made sure none of the woman’s personal items were with her, which is why the cops couldn’t identify her. Had the cops been able to identify the woman back then, either through her clothing or her personal items in her purse, it would have likely linked straight to Nelson, and as a cop he knew this. Nelson also had another conviction in Texas for another sexual assault case, so this has been his motive for many years.

It just goes to show that old DNA evidence and blood found at the crime scene, even from back in 1980, can still be used to help families get closure after so many years. The true hero in this case is the family, who willingly put their DNA into the database just on the off chance one day, a match would be made to bring their loved one back home. Currently, Busha is heading back home to her native state of Texas, where her family can finally say goodbye and give her the respect she deserves. The family is grateful, although obviously still hurt and trying to come to terms with the finality of the situation.