Yahoo accounts will no longer use passwords 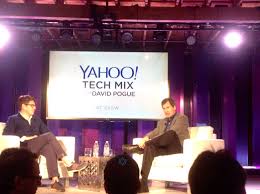 We’ve all been there, forgetting that password made six years ago and needing to go through a lengthy password reset fiasco. Well, with Yahoo’s new service, that may be a thing of the past.

On Sunday, Yahoo announced planning to release “on-demand” passwords, where instead of having one permanent password users request a password to be sent to their phone every time they log on. So instead of having to remember your password, you just grab your phone and type in the four-digit code you received via text. Alex Stamos, Yahoo’s chief information security officer, announced the company plans to be rolling out the service by the end of 2015.

How do you get started? When Yahoo releases the service, log in with your existing password, then connect your phone and turn on on-demand passwords. Next time when you try and log in, instead of the classic “Enter Password” field, it’ll be replaced by a button to request a four-character password to your phone.

Dylan Casey, vice president of product management for consumer platforms, stated, “This is the first step to eliminating passwords,” during his Q and A at the SxSW festival. Other companies have attempted similar solutions, like Apple’s Touch ID and Windows facial recognition passwords.

With the recent concerns in cyber security raised in high-profile hacks targeted at Sony, Apple, Playstation Network, keeping our data safe on the internet has become top priority. Another problem this solves is users picking weak passwords such as single words or phrases without numbers or capitals. Numerous password managers have cropped up to help users remember all their passwords like LastPass, which prompted Yahoo to roll out this new service.

“I don’t think we as an industry have done a good enough job of putting ourselves in the shoes of the people using our products,” says Casey. Whether this new service will be gimmicky or revolutionary is still up in the air.