A Gaze Between Dog and Owner Releases Oxytocin 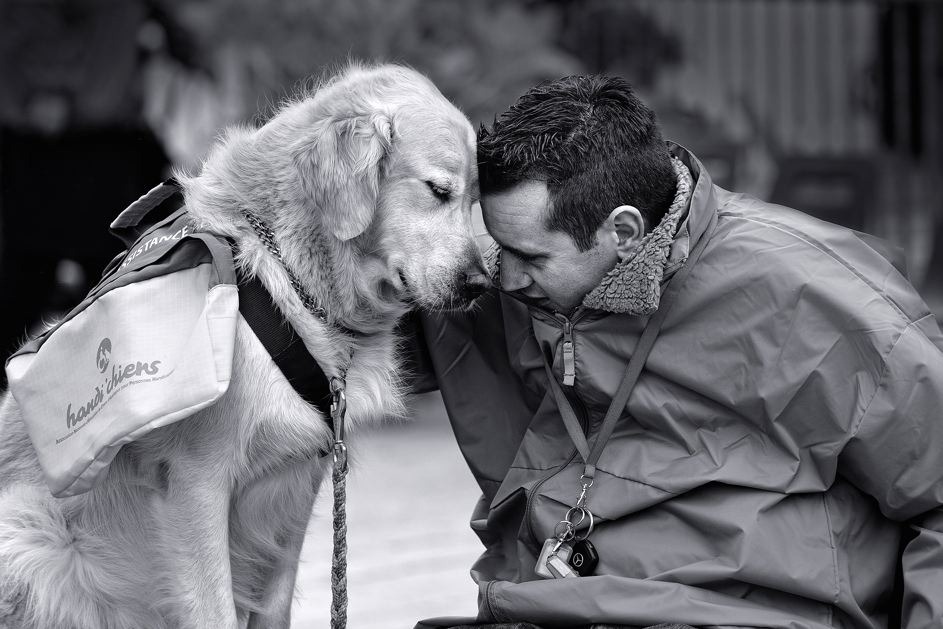 We have all felt a deep connection when we look into the eyes of our dogs, but new research has come out that says this gaze is more than just a look that goes from pet to owner. There is actually evidence coming out of a new study that showed when a dog gazes into the eyes of the owner, both the dog and owner is filled with oxytocin, which is the hormone responsible for love, trust, and forming deep bonds. You might be familiar with oxytocin, since that is the chemical released when a woman is breastfeeding, and it is what creates the bond between a parent and a child. 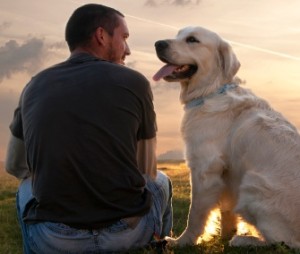 Japanese researchers used the interactions of 30 different dogs and the owners of the dogs to study what the gaze between human and pet really signified. Turns out, the more that the owners and the dog looked into each others’ eyes, the more the body produced higher levels of oxytocin. The study also found out that if the human returns the gaze, the more empathy the human felt towards their dog, which is why all animal owners think they have the best on the planet. The researchers also measured the same type of gaze on wolves and the animal management professionals who raised them, but found that there was not a mutual gaze, and that oxytocin levels did not change. In reality, wolves are pack animals that typically only gaze at other wolves, which means that it would not be abnormal for the wolves to not be gazing at a human.

The researchers also performed a different experiment where they gave the dogs oxytocin before being able to interact with the owner for 30 minutes. When they did this study, they found that the female dogs locked eyes with their owners more often, and this also meant that oxytocin levels in the human increased as well. When the researchers gave the male dogs the oxytocin supplement, the gazes were not similar to of the female dogs reaction and there was no extra boost in oxytocin levels of the owner.

The findings of the study really signify how a lot of dog owners feel about their dogs, which is that they do feel like the dogs are their children. It would make sense given the fact that oxytocin levels in both the animal and human increase as the mutual gazes increase, and the oxytocin helps the two feel a deeper connection. The study results also show that there is a growing love and bond between a human and a dog, which occurs from the positive-feedback loop, similar to what a mother and infant experience in the first year of life. The release of oxytocin is critical for the bond, trust, love, and respect that not only has evolved humans, but pets as well. Essentially, this is a neurochemical reaction that helps create a psychological and physiological bond between two living things, and that often will occur through natural selection.

In terms of what this research could mean, it could help us understand how we evolved as species, since oxytocin is one of the key players in helping form bonds, that was once thought was only for a mother and infant. The neuropeptide, oxytocin, is directly related to how humans create monogomous relationships, but it appears that it is also how humans and animals have come to work together for the last several decades. It would be also why there is a lot of cross-species attractions in the wild, since this chemical is responsible for love, and also responsible for activating the reward system in the brain.

While more research will need to be done to confirm the findings using various dog breeds and owners, there is obviously something very deep and powerful going on when a dog and a human stare at each other right in the eyes. Whether the dog has figured out how to activate the reward system by mimicking child behaviors or whether there isn’t that much of a difference between human and animal, it’s worth looking into further. If the same type of results are found, then this could help researchers learn more about how dogs and people can form bonds through tough situations.