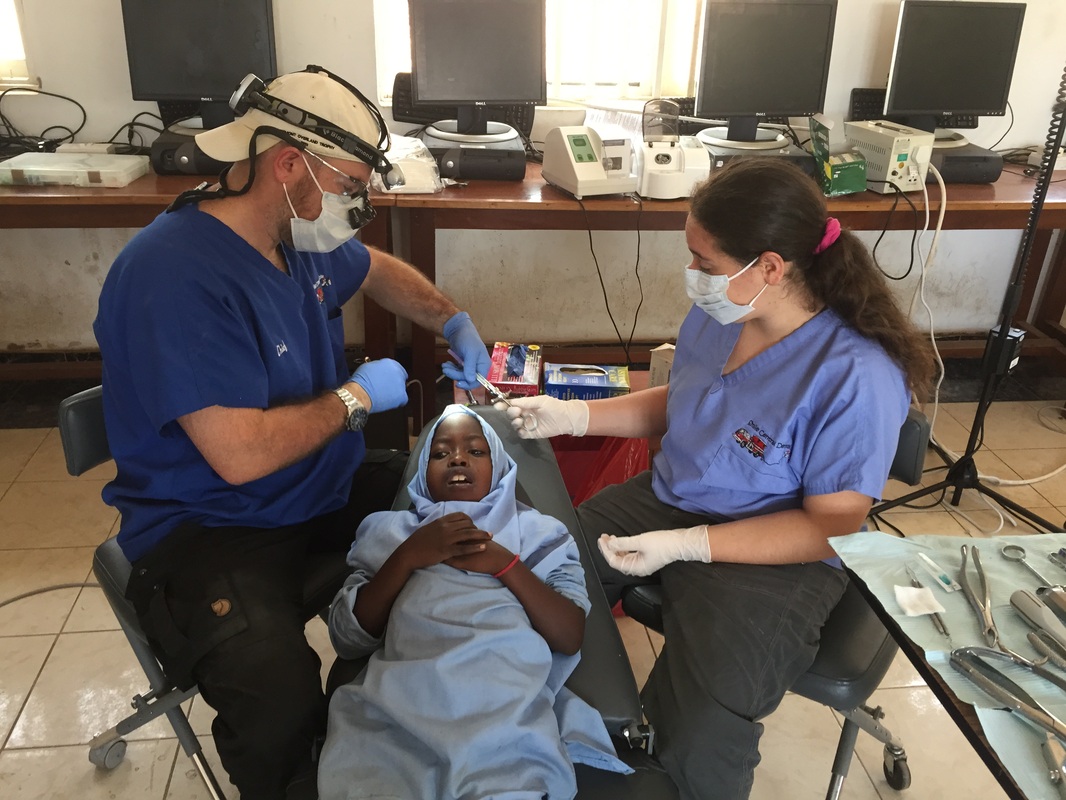 Dr. Robert Grunstein is a dentist that lives in Teaneck, although he has worked most of his career in Passaic and Paterson, due to his quest to help the lower-income children. Dr. Grunstein and his wife, Shira, wanted their daughter, Kayla, to grow up learning about the importance of hard work and dedication. Instead of playing on her iPad, the 14-year-old girl, Kayla, is helping her father fix the teeth of the lower-income children in the villages of Uganda. 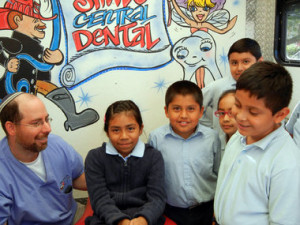 Dr. Grunstein actually works from a mobile dentistry office that he made using an old firetruck, which helps entice the children to visit the mobile unit. The children get to go inside the fire truck and look around, which is likely their first time of seeing what a fire truck looks like. It helps keep the kids occupied while he is looking at their teeth, and it’s part of making the dentistry experience more positive for the often scared and uneducated children. Although Dr. Grunstein doesn’t do the real work in the mobile fire truck, that is done in a more conventional dentist office if he talks to the parents and comes to an agreement about work that needs done for their child.

Kayla has been helping her father at his office since she was 11-years-old, although back then it was more about looking at all of the cool items and asking questions about what each of the tools do. Quickly Kayla became like his dental assistant, which meant she would be calming patients down, helping clean the instruments, and even do some suction inside of the mouth. These are things that can be done without formal medical schooling, since a lot of it comes back to common sense and knowing how to just properly sterilize products.

Dr. Grunstein gives back to the community and does a lot of charity work, so it’s not a surprise that he would want his daughter Kayla to also start giving back at an early age. Peru, Guatemala, and Nicaragua are all places Dr. Grunstein travels to, which is part of the KinderSmile program. The KinderSmile program is a volunteer organization that is based out of New Jersey, and the group aims at helping the lower-income children across South America and the world. Recently, Dr. Grunstein did work back in the states, going to Kentucky and Virginia, with his daughter traveling with him to help out when she can.

A video of Dr. Grunstein on a trip that was posted up on Facebook actually made its way to a retired dentist, David Abromovitz. Dr. Abromovitz often would visit Uganda to help the Jews that live in the area, which are known as Abayudaya people. This group had converted to Judaism in the twentieth century, and actually go as far back as King Solomon. The Abayudaya people have mainly kept to themselves, ignoring the Muslim violence that has spread across the Middle East, but they are subsistence farmers, and that means they don’t have a lot of money. It was this group that Dr. Abromovitz decided to get involved with, and thanks to a tag on Facebook, Dr. Grunstein and his daughter are now helping the Jews too.

Dr. Grunstein and his daughter Kayla visited Uganda, lining the kids up by grade levels and then putting them into groups, which helped them triage the children. The triage is used to make sure that the children who needed priority care received work before other children, since some children had very high pain levels due to their dental problems. Not all of the children in the Ugandan villages were Jewish, some came from all over the place. Dr. Grunstein and another dentist he traveled with were able to get to all of the children, with most of the older children knowing pretty good English, and that made it easier on the dentists and on Kayla. English is actually the official language of Uganda, because of the variety in tribal languages. Since so many languages were in Uganda, the country had to make one language the universal language for all to learn, and that just happened to be English.

Dr. Grunstein, Kayla, and the other dentist stayed in Uganda for 10 days, with the group devoting three days to the dentistry itself. It also takes time to unpack, pack, clean up, and travel back home, which is all included in the 10 day length of the trip. In three days, the group was able to see hundreds, if not thousands of children, who desperately needed dental care and pain relief. Kayla, who is now in eighth-grade is so humble and proud in terms of being able to help the children in Uganda. Kayla knows that she is able to witness parts of life that are only known to most American children by reading about them or seeing pictures. Kayla noted how happy the people of Uganda get when they see her father and herself pull up, with the children surrounding them and everyone giving them hugs.

Interestingly, while Uganda doesn’t always have the best water or food, there are mobile wireless hotspots in the area, which allows the children to connect with others through social media. In fact, Kayla is friends with a lot of the children through Facebook. The people have welcomed Dr. Grunstein and Kayla into their world, giving them a first look at a schechting of a goat, and also celebrating with them through song and dance.

For now, Kayla intends on continuing her travels with her father, going back to Uganda to help the Jewish children and all other children. She isn’t sure yet if she wants to become a dentist when she gets older, but her father and grandmother both got into the dentistry business, so it’s almost a natural thing for her family. Kayla said she loves helping people and being able to visit parts of the world she wouldn’t otherwise be able to, and even in the states, she feels how rewarding the experience is of helping others.