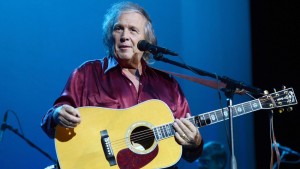 The original version of Don McLean’s American Pie, has been sold for a jaw dropping 1.2 million at the New York auction. The 16 page version of the lyrics were expected to make this much money because of its meaning to some people, experts estimated that it would make 1.5 million. The audience was eager to find out what the original manuscript contained. McLean had mentioned back in February that the original version would reveal all the songs lyrical meanings, this made people curious.

What Is It About?

McLean said “the writing and the lyrics will divulge everything there is to divulge”, this comment made by the main man, made the public and social media very excited to know what it was all about, but he didn’t mention anything about his famous lyrics. One of the things he did reveal to the audience was that the beginning of the song is about the death of Buddy Holly, Ritchie Valens, Big Bopper and Jiles P. Richardson, in a plane. The rest he kept to himself. The huge mystery behind this track has made American Pie one of the most talked about songs in music history. McLean said that while he wrote the song he remembered a lot of things, he added that the song was a “mystical trip into the past”.

The singer said he decided to sell the manuscript, due to various reasons. This manuscript also included multiple drafts with handwritten notes and deletions made by him. The long eight minute song was number one in the USA for a long time. It also reached UK and it got to number two in UK’s singles chart in the year 1972. 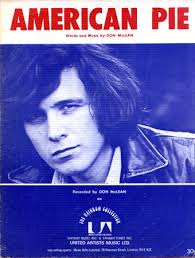 A very popular artist named Madonna, also released a version of this song in the year 2000 and it was a smash hit. She topped the important charts in countries like, UK, Canada and Australia. McLean said he is extremely lucky his song made so much, and was impressed that a lot of people wanted to know the mystery behind the lyrics. He says all versions have been great and knows that whoever bought it in the auction will be a very happy camper, because it contains a lot. He is excited to know what the audience will say when they discover what the real meaning is about. He finished by saying he is 69 years old, but is still working and enjoys it very much.