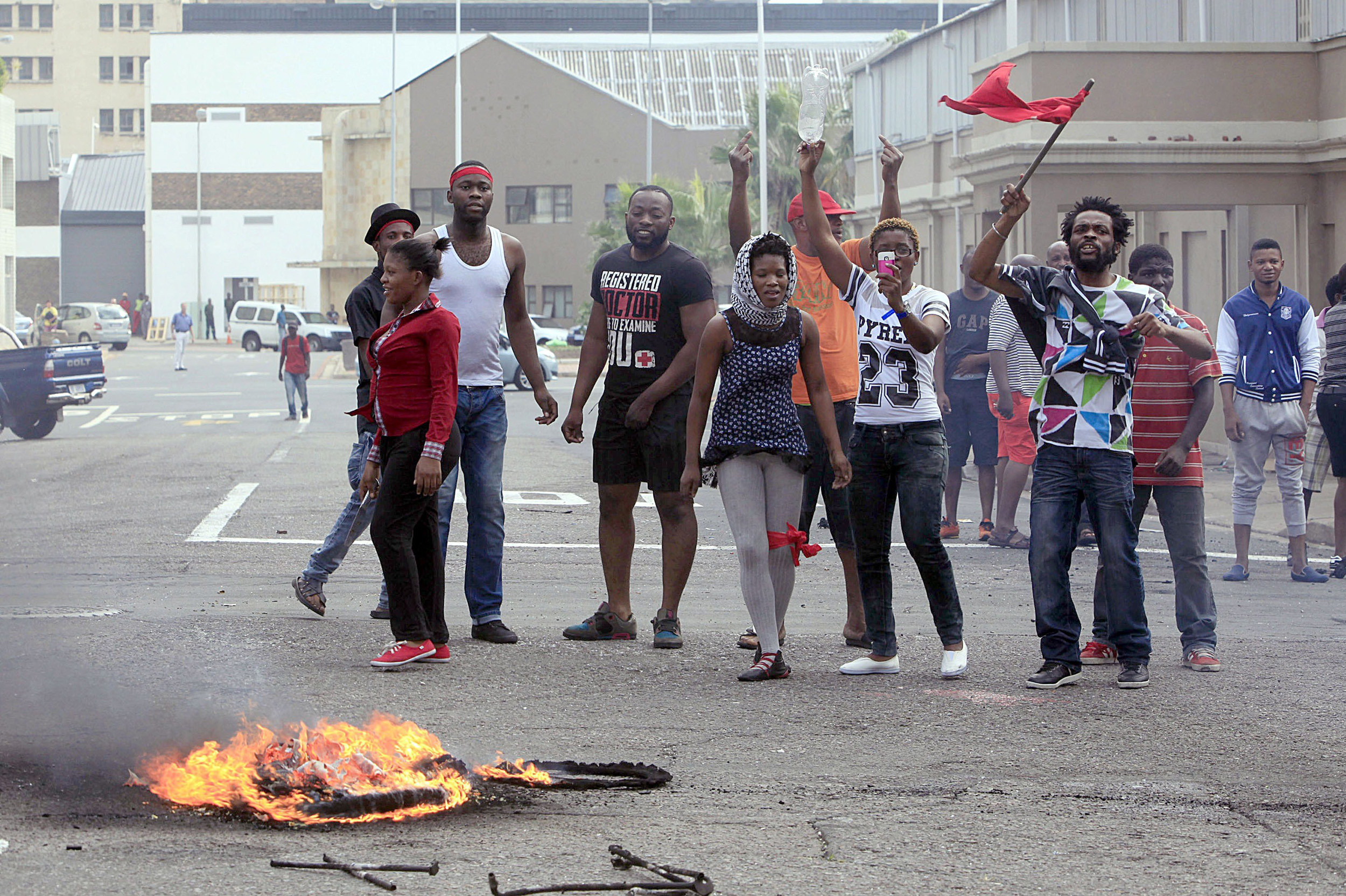 Anti-immigrant violence, which began in the South African city of Durban, had spread towards Johannesburg on Friday, killing at least six people. South African police fired rubber bullets and stun grenades to disperse crowds of machete-armed residents who set foreign-owned businesses ablaze, including a Nigerian-owned dealership in the country’s largest city.

Police say that at least 112 people have been arrested in KwaZulu-Natal Province on charges related to the violence.

Foreign nationals have criticized the police for failing to protect them, which prompted some to form vigilante groups as a way of protecting themselves. This also raises the possibility of a row between Pretoria and its neighbors, on top of triggering hostility towards South Africans abroad.

After a meeting with African diplomats in Pretoria, South African Foreign Minister Maite Nkoana-Mashabane told reporters “we believe that working together, we can defeat this demon”.

“We all have to nip this in the bud”, she said.

Echoing demands from China and the African Union, Malawian Information Minister Kondwani Nankhumwa urged South Africa to do more to protect immigrants in the country. Malawi, along with Kenya and other African governments, have offered to repatriate any of their respective citizens who feel threatened. Meanwhile, locals in neighboring Mozambique blocked a road leading to the South African border on Friday in protest.

On the other hand, Chadian Ambassador Mahamoud Adam Bachir said the Pretoria meeting “went better than expected” in alleviating some safety concerns. “We were assured of the security of our nationals”, he said, according to a report from Reuters.

With an estimated population of 50 million, South Africa is home to about five million immigrants from Somalia, Malawi, and Zimbabwe, as well as those from outside Africa, namely China and Pakistan. Many of them own small businesses selling wares and other goods in marketplaces and street corners.

At an alarming rate of 25 percent, unemployment has been blamed as the cause of periodic anti-immigrant violence. Economists claim that the figure may be higher and note that widespread poverty and towering income disparities are also to blame.

As a result of the violence, there have been instances of hostility towards South Africans in other countries. Petrochemicals group Sasol said it would repatriate 340 South Africans working in Mozambique after local employees protested their presence at one of its gas projects. In a separate incident, Mozambican workers for mining group Vale also displayed antagonism towards South Africans, though there had been no violence, according to an industry source.

China, one of South Africa’s major trading partners, lodged a protest with the police, asking them to ensure the safety of Chinese people after Chinese-run shops had been damaged in Johannesburg.

A quote by Zulu King Goodwill Zwelithini saying foreigners should leave South Africa sparked the latest wave of unrest. He has since urged residents to be calm and insists that his comments were taken out of context.

South African president Jacob Zuma and leaders of the opposition in parliament condemned the violence against foreign nationals and said that the majority of South Africans were “generally not xenophobic”. Peaceful counter-protests have also sprung across the country condemning the attacks.