Being Dehydrated Behind the Wheel Comparable to Drunk Driving

New research has come out which shows that if you drink less than five sips of water an hour, you can become just as impaired behind the wheel as if you had been drinking alcohol. Drivers who only had 25 milliliters of water each hour actually will make double the mistakes while out on the roads compared to the hydrated drivers. Even though it is only mild dehydration, this is similar in numbers to when you have been driving under the influence of alcohol. 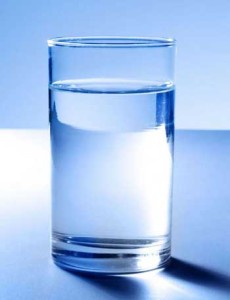 The study was out of Loughborough University, where professor Ron Maughan, who is a professor of Sport and Exercise Nutrition, wanted to look at what else impacts driving ability. We know that people drink and drive, which is horrible, but there are other issues that a driver can be dealing with that could cause us to drive erratically on the road. Dehydration is actually one of the more common reasons why people could be driving in erratic manners on the roads, but it’s something we don’t think about in terms of our daily lives and routines.

In terms of the study findings, the results were similar to people who were behind the wheel with a blood alcohol level of .08 percent, which is the legal limit for driving. When you are mildly dehydrated, you also make mistakes in a manner similar to driving with your blood alcohol content at that level, and this should encourage drivers to drink more fluids before heading out. In terms of symptoms, the effects of dehydration can be similar to that of being buzzed or high, because your mental functioning will decrease and you will be unable to concentrate on tasks. You could also experience short-term memory loss, a decreased awareness of your surroundings, and changes in mood or behavior. These are all things that can happen when you drink and drive as well, especially when it comes to not being able to concentrate and being unable to carry out simple tasks. Your reaction time is also impacted both when you are dehydrated and when you are drinking, which means you are more likely to get into an accident because your motor reflexes are impaired.

The actual study itself used male drivers who were in driving simulators at the laboratory, then the researchers tested the drivers during a two day period. Each male needed to come to the lab on three different occasions, using the simulator on a dry day and then again on a normally hydrated day. The driving simulator had a variety of tasks with it, such as a two hour monotonous drive, which had bends and various rumble strips on it, and then there were also slow moving vehicles that had to be taken over.

The men were given 200 milliliters of fluid every hour one of the days, then on the dehydration test day, they were only given 25 milliliters an hour. The researchers notice there were a lot of driving errors, such as late breaking and touching the rumble strips or crossing the lane lanes when the drivers were mildly dehydrated, compared to when they were given adequate fluids. On the normal test there was 47 various accidents in the driving simulator, but this went up to 101 when the drivers were dehydrated.

The researchers warn drivers that if you are at work all day, you will need to remember to continue drinking fluids throughout the day, because driver error accounts for over 60 percent of all accidents on the roadways. If drivers were actually well hydrated, they would have better reaction times and better cognitive functions overall, which could help them reduce their risk of having an accident. Researchers also say that just being in a hot car can dehydrate you, so always have a drink with you on a hot day. There is also the fact that sometimes people drink less when they are going on a long trip, in order to prevent a lot of stops during the trip, and that can also dehydrate you to the point of impairment.