One woman has died while other people have been hospitalized following a botulism outbreak in Ohio, which occurred at a church potluck dinner. Health officials in Ohio were able to determine that the rare outbreak of botulism occurred on Sunday at the Cross Pointe Free Will Baptist Church, which is in Lancaster, Ohio. 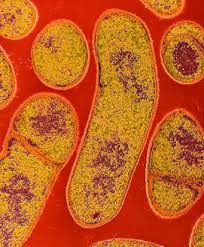 Botulism is something that you do not hear about that much anymore, however it is a very dangerous poison, although it’s often rarely fatal. People who eat contaminated food that has botulism in it will often begin feeling symptoms about 36 hours after the meal. Botulism can cause double vision, difficulty swallowing and breathing, and can also cause paralysis. The outbreak is considered to be very rare in today’s culture, although most of the botulism that still occurs happens from canned foods, which means this outbreak at a potluck dinner is even more rare than the condition itself. The health officials are now trying to contact everyone that attended the potluck dinner at the church, which sits about 30 miles southeast of Columbus, OH.

As many as 60 people came into contact with the food during the potluck, but right now only 18 suspected cases of botulism have been reported, which includes the woman who died. The youngest person that has been infected with the poison is 9-years-old, while the oldest person infected is 87-years-old, and 21 people all together are under observation. Five of the people who came into contact with the botulism from the church food are in critical condition, while 10 were taken to the hospital.

The Fairfield County Health Department is looking into the matter, trying to identify which food at the potluck was responsible for the botulism outbreak. The Centers for Disease Control and Prevention said that it released 50 vials of an antitoxin, which comes form the Strategic National Stockpile, and this hopefully will help the patients in the hospital who are sick. The drugs that were transported to the hospitals in Columbus, OH, will be intravenously used on the patients, which allows it to get into their systems quicker than an oral medication.

Dr. Andrew Murry, of Fairfield Medical Center held a press conference where he talked about the impact of botulism in terms of the community. Murry said that the botulism is not contagious, so no one in the community or in the hospital will be affected by those patients who are being treated. Murry also said that in this particular case, the only people who will need to worry about getting botulism are the people who were at the potluck dinner on Sunday, since these people came in direct contact with the contaminated food product. Since symptoms are usually felt within 36 hours, there is a possibility that the group being treated now will be the only ones to get botulism, however it’s possible that a few more could get sick before the week is over. Anyone who was at the potluck is asked to keep an eye on their health, if they begin feeling sick or like they are coming down with the flu or some other illness, to seek medical attention right away because it is likely botulism.