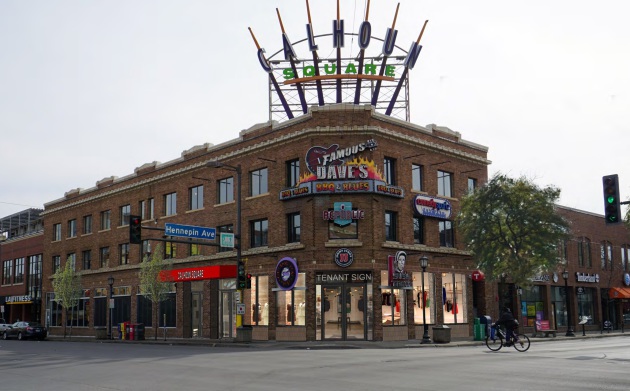 Calhoun Square was purchased last year by the Akerberg Group, and the CEO believes that the entrances need to be used for something better, since most of the stores in the shopping center already have their own doors. Since most of the other stores already have doors that lead straight to their store, it makes sense to turn the often empty entrance area into another retail space, which can help boost even more business to the already busy mall.

Parella is likely going to be going into the old Figlio location this summer, so this move will slightly take away from the space of that location. Once the transformation is completed, the old entrance will add 957 square feet to the mall, which is enough space for another retail tenant to move in. There is also a transit shelter that will need to be slightly decreased in size during this transformation, but the transit shelter will still be there after the renovation is complete.

The city planning commission is going to be looking at this issue on Monday, which is the next meeting for the commission. It will likely involve discussing the renovations and the transformation that the CEO wants done to the area, as well as implications for surrounding businesses. There will also have to be meetings as far as what permits need to be taken out to get the work done, as well as what type of financial burden this will be, and what the expected payoff will be. Although these plans are subject to change, the owners of Calhoun Square are hoping that the new changes will bring in more customers to the shopping center, since you can see most of the retail stores from the street. It could also add some value to the shopping center, bring in some money to the community, and likely create more jobs in the area.