Dakota Fanning Not Into Taking Selfies 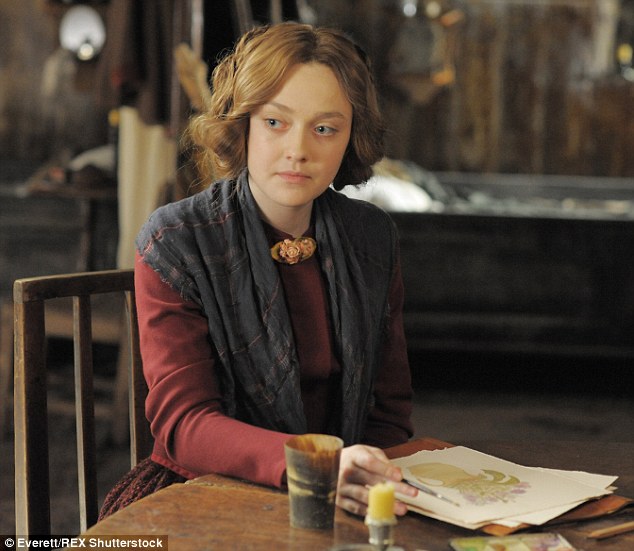 The 21-year-old Dakota Fanning, best known for her role in “I am Sam” is shedding some light on what it’s like to live in her world. Dakota is one of the few younger stars out there who doesn’t tap into the social media frenzy, and believes that there is so much else to live for.

Dakota recently did an interview for the May issue of Nylon, where she revealed she is focused on her Women in Film major at New York University. Dakota also talked about how she is not someone who would want to spend time taking pictures all day, such as the selfie craze that has been going on throughout Hollywood and the world. Dakota said in the interview that she did not want to sit there and become someone on Instagram or Twitter, always trying to outdo someone else or get better pictures one day after the next. She talked about how the social media world sucks you into it, then it’s something that you have to keep doing, and keep setting the bar higher for yourself. Dakota said she knew that she would look at it as she would be using Instagram to measure the types of experiences she was having, wondering how it would look up online.

When you live in a never-ending picture taking world, it’s always about making sure you have a camera and making sure you capture special moments on film. With the social media craze, it’s all about posting pictures of every aspect of your life, from going here and then going there, and it’s something Dakota wants no part of. Not only does she not want to measure her own experiences through a lens, she also feels like the whole process of uploading and editing, and then posting is just too much time and effort to get involved in.

Dakota also talked about how she doesn’t want to take pictures because she knows she will always be that little girl to most of America and her fans, and putting up pictures of her when she is 21 will really do nothing to change how people see her or view her. Dakota recently moved into more adult films, after getting the lead role in “Effie Gray” where the lead character is a woman who takes control of her own destiny at a point in time where that was unheard of. Dakota said she is focused on the here and now, not on pictures, and wants to live every moment for what it is, and not about what it will look like to others online.