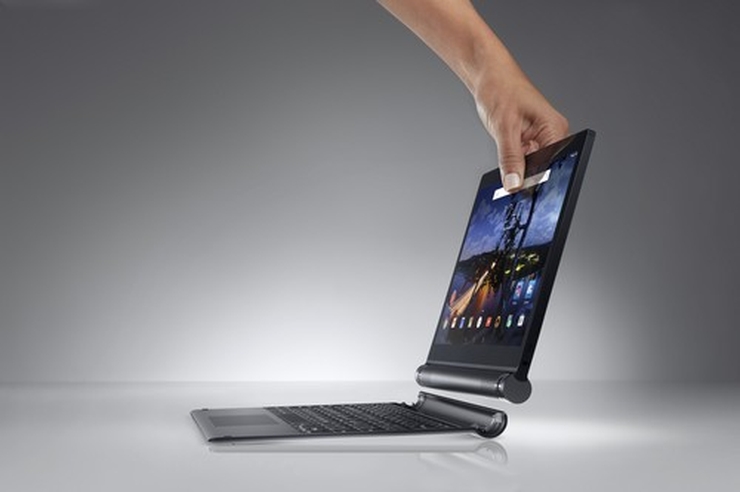 On Wednesday Dell announced an upgrade to the Dell Venue 8 7000, with the name of the Dell Venue 10 7000. The Venue 10 is powered by Android, but is similar to the Venue 8 in terms of the features. In both tablets you will find the quad-core Intel Atom Z3580 which runs at 2.3GHz. Both devices are also backed by 2GB of RAM. Equipped with Intel’s RealSense technology, the Venue 10 will be able to alter the focus on images after they have already been taken. This feature also allows you to measure the distance between objects. The device is also able to mask backgrounds while the user is in a Skype chat, and even superimpose pictures. Accompanied with a 8-megapixel rear camera, the Venue 10 resembles the Venue 8 in some ways.

The Venue 10 also implements a 7,000mAh battery, allowing the user to get about 15 hours of battery life. Also, it is equipped with a microSD slot, supporting cards up to 512GB.

However there are some main differences to note between the older generation and the Venue 10. The new Dell tablet flaunts a 10.5-inch OLED display, and  a 2,560×1,600 pixel resolution (287 pixels per-inch).

The Venue 10 also runs an almost exact stock version of Android and it is powered by Android 5.0 Lollipop. To improve this a bit further, Dell has implemented some of their own applications on the device.

Optional keyboard plug-ins are a must-have in the tablet industry today. Similar to the Microsoft Surface, the Venue 10 is equipped with a dock for just that. The keyboard dock allows the user to use the tablet in various ways. It is able to position itself into laptop mode, tent mode, slate mode, or presentation mode. To some customers, Dell’s keyboards felt much sleeker than the Surface’s.

One feature to note is the Venue’s rounded speakers near the bottom of the device. Although to some consumers this may seem like a rather unattractive design, Dell had a good reason to implement this. A design like this allows the speakers to face forward no matter where the tablet is located.

The Dell Venue 10 also is only 6.2-millimeters thick, and 598 grams. This is lighter and sleeker than the Microsoft Surface 3, if you are deciding which new tablet to purchase.

However, this thin design meant some disadvantages regarding the USB ports. Dell would not be able to insert a large HDMI, display port, or USB 3.0 on the Venue 10 due to the extremely thin body. The Venue 10 7000 does however work in accordance with wireless devices, allowing the tablet’s screen to be displayed on a much larger TV or monitor.

It is fairly clear that Dell plans on marketing this particular device to the average tablet user. This includes small businesses owners or just a productive employee. One example of this targeting is Android for Work, which keeps personal and work applications separate.

If you’re looking to purchase the Dell Venue 10 7000, you should be glad to know it is speculated to release later this month (US and China). The 16GB model will be available for $499, or $629 including the keyboard dock.