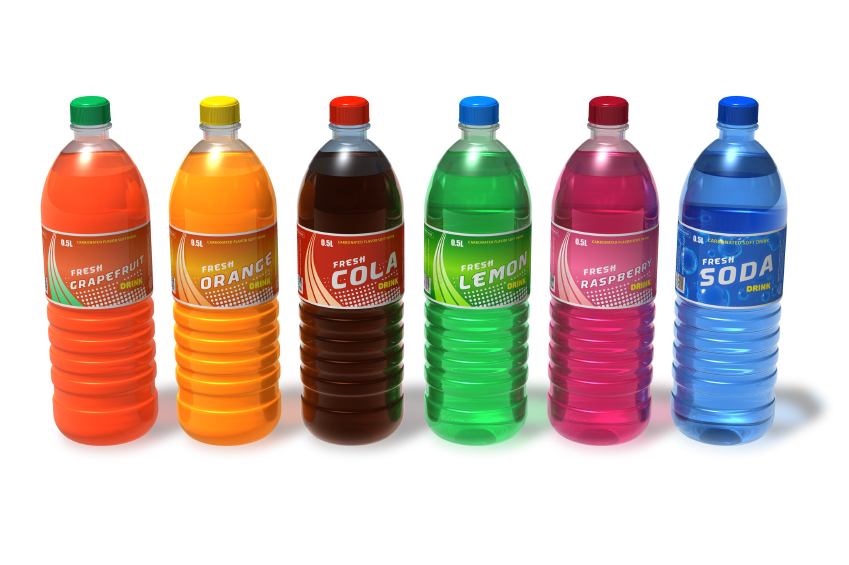 A new study has come out that shows drinks with high, medium, and low amounts of high-fructose corn syrup can exponentially increase the risk factors associated with cardiovascular disease. The research comes out of the University of California, Davis. While previous studies have been similar to this, the particular study results show a correlation that has previously not been noted before, and should make you think twice before pouring your next sugary beverage.

In the study, 85 people who were between the ages of 18 and 40, were placed in four different groups. The study included both men and women, and for 15 days, they all consumed various drinks that were sweetened with high-fructose corn syrup. The drinks contained either 0 percent, 10 percent, 17.5 percent or 25 percent of the total daily calorie recommendations. The 0 percent group had a drink that contained aspartame, which is the artificial sweetener found in most zero-calorie drinks. The researchers took blood from each participant every hour at the beginning and end of the study, which helped the researchers calculate the changes in the levels of lipoproteins, triglycerides, and uric acid. These three different things are all used to indicate the risk of heart disease, and it’s often the first sign of an imminent heart issue.

What the researchers found out was that as the high-fructose corn syrup levels increased, so did the three risk factor indicators of heart disease. The study group who only consumed the 10 percent dose also saw increases in the low-density lipoprotein cholesterol and triglyceride concentrations, but the concentration increase was seen just from the beginning of the study until the end of the study, which shows that even low levels of high-fructose corn syrup for short periods of time increase the risk factors for heart disease. The researchers also noted that the increases in the lipid and lipoproteins were seen at higher levels in the men than the women. The increase also was not the result of weight gain, which means even the men who were healthy and at a good weight had higher levels of lipoproteins.

The results of this study will be published in the American Journal of Clinical Nutrition in June, and it’s the first study that directly shows a relation between the amount of high-fructose corn syrup and the amount of increase in risk factors associated with heart disease. The risk factors significantly increased in both the men and women in just two weeks, which really is concerning if you think about how much high-fructose corn syrup men and women drink in their lifetime. The findings of this study also confirm previous study results which showed the risk of dying from cardiovascular disease increases with the more sugar you consume in your lifetime. This means that if you consume a large amount of sugar every day, then you will have a much higher chance of dying from cardiovascular disease, which is now the leading cause of death in the United States.

More importantly, when you look at the results of this study, it really shows how significantly harmful high-fructose corn syrup is to the natural chemistry within the body. Kimber Stanhope, the lead researcher of the study, hopes that people take their consumption of sugar seriously, noting that even small amounts each day can increase the risk associated with heart disease. If you think about the age that people begin drinking sugary drinks, not even including pop, this study should be a cause for concern. Sugary drinks such as fruit juice and lemonade also have high-fructose corn syrup, and these beverages are known to be drinks that young children consume regularly. There is also apple juice and orange juice, which are both also high in high-fructose corn syrup. So when you think about this study, you have to think about all of the other types of drinks out there that contain high-fructose corn syrup. The hope is that another study can be done to more specifically look at each level of consumption, which can help pinpoint the increase in risk factor levels on a broader scale.