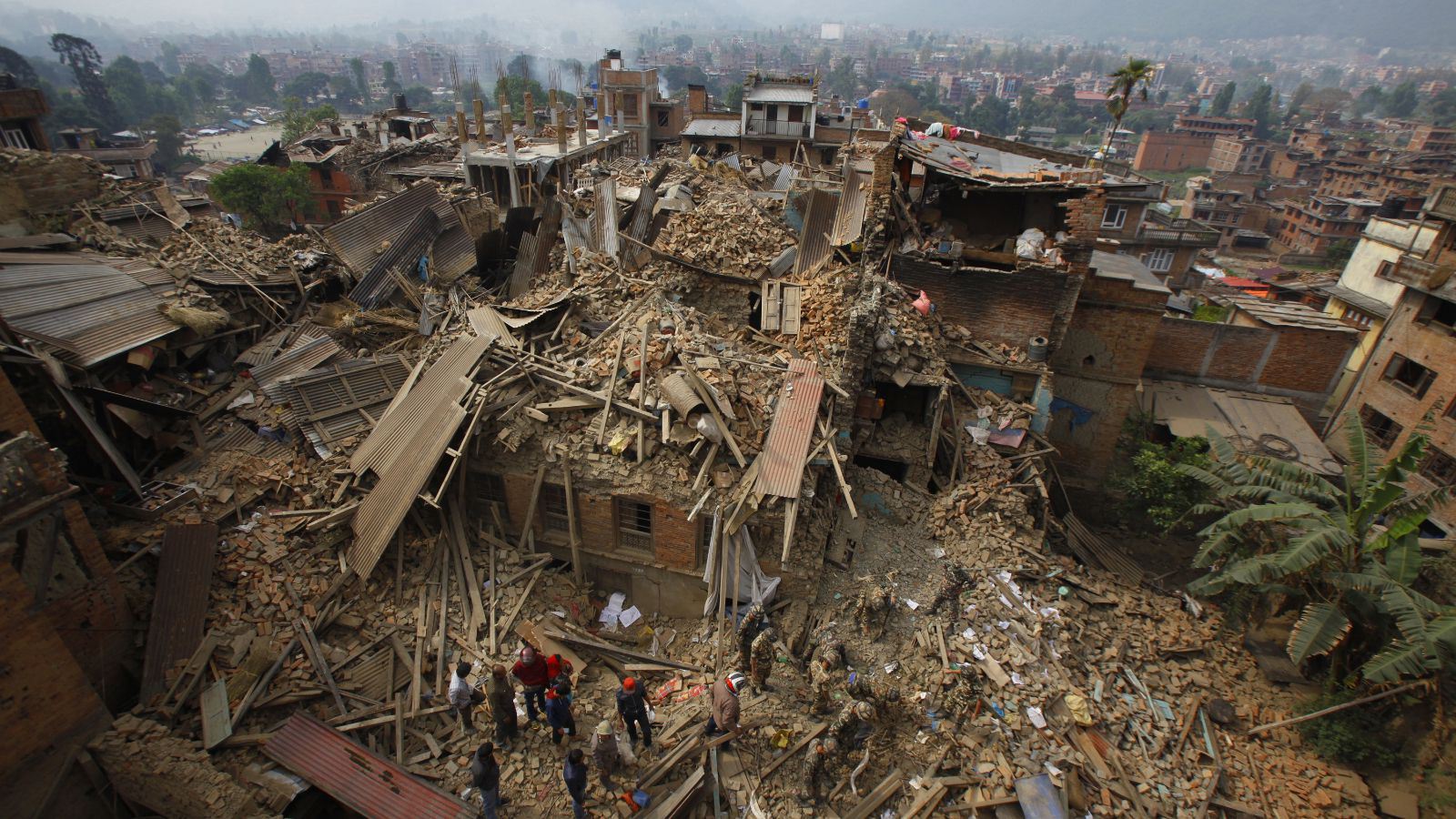 Angered and frustrated by the government’s sluggish response, hundreds of Nepalis were forced to dig through rubble themselves in search for remains of loved ones after a devastating 7.9 magnitude earthquake rocked the Himalayan nation three days ago, killing over 4,000 people.

International aid has finally begun pouring into Nepal, but disbursement remains slow. According to a home ministry official, the official death toll from Saturday’s earthquake capped to 4,010, with 7,598 injured.

The earthquake, which was Nepal’s worst in the span of 81 years, also triggered a massive avalanche on Mount Everest which killed 17 climbers and guides, some of whom were foreigners. The tragedy is considered the worst single disaster to have occurred on the world’s highest peak.

Severe damage to infrastructure, exacerbated by a series of aftershocks, and a lack of funds have hindered rescue operations in the impoverished mountain nation sandwiched between regional giants India and China.

Relief operations will take some time 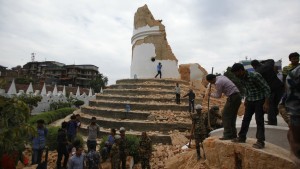 A report by Reuters quotes Pradip Subba who said “waiting for help is more torturous than doing this ourselves”. He was searching for the remains of his brother and sister-in-law in the ruins of Kathmandu’s historic Dharahara tower, a 19th-century minaret which collapsed as a result of the quake with sightseers inside. The collapse killed scores of people.

One of the first foreign organizations to respond the earthquake, the Indian National Disaster Response Force, said finding remains and survivors would take time. According to O.P. Singh, the organization’s Director General, heavy equipment that is to be used for the rescue operation could not fit into many of Kathmandu’s narrow streets.

“You have to remove all this rubble, so that will take a lot of time … I think it’s going to take weeks”, he told Indian television channel NDTV on Monday.

Due to flattened homes and the danger of ongoing tremors, many people across Nepal had to sleep outside for a third night, with thousands sleeping on pavements, roads, and in parks under makeshift tents.

The situation grows desperate as hospitals become increasingly crowded while water, food, and power are scarce, raising concerns about the possible spread of water-borne diseases.

Tuesday showed signs of normality as fruit vendors set up stalls on major roads and public buses return to operation. However due to the delayed delivery of aid to many of the most vulnerable, some Nepalis criticized the government.

Anil Giri, who was among 20 volunteers searching for two of his friends presumed to be buried under rubble, said “the government has not done anything for us…we are clearing the debris ourselves with our bare hands”.

Officials have acknowledged they were overwhelmed by the extent of the calamity. Chief Secretary Leela Mani Paudel, the country’s top bureaucrat, said, “the big challenge is relief”. She added that “we urge foreign countries to give us special relief materials and medical teams. We are really desperate for more foreign expertise to pull through this crisis”.

Rural areas fare much worse as many villages operate without water and electricity, with many surviving on salvaged food without any assistance from outside. Highways have also been blocked by landslides, making delivery of aid much more difficult.

Congestion at Kathmandu International Airport, where relief material and rescue teams are flying in while thousands of residents try to leave, has hindered the flow of aid.

Many countries have pledged to assist Nepal as it struggles with the ongoing crisis. India and China were among the first to contribute to an international effort to support the country’s limited resources.

On Monday, the United States announced that it will add $9 million in aid, bringing the US disaster fund to $10 million. Moreover, US Defense Secretary Ash Carter stated that two C-17 US Air Force transport planes carrying search-and-rescue personnel and supplies were headed to Nepal.

Similarly, Australia is also sending a C-17 to deliver relief supplies and to ferry out more than 1,150 Australians who were in Nepal when the earthquake struck.