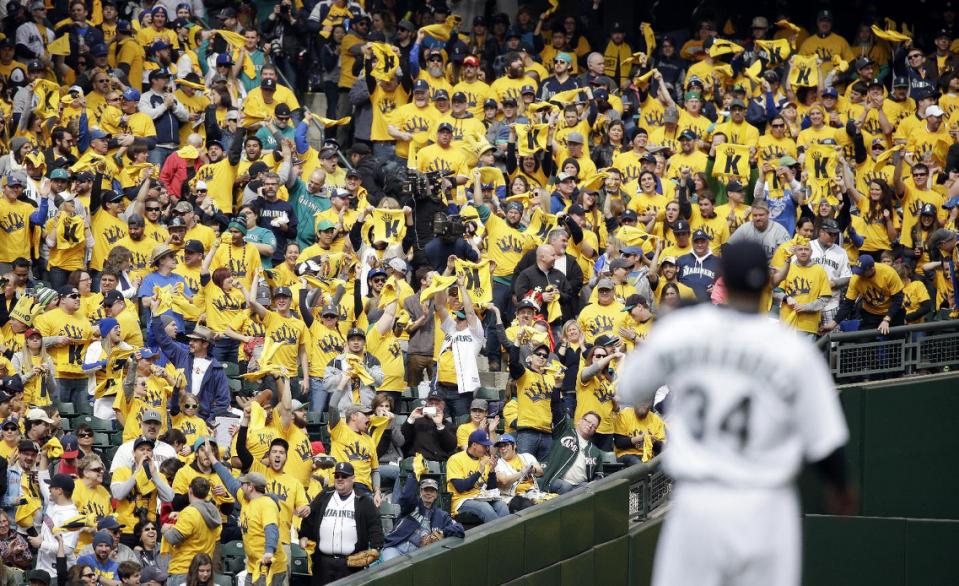 The fans and viewers were anxious to see the new Seattle offense, but what they got was a dominant pitching performance.

Mariners ace Felix Hernandez pitched a game that reminded the MLB that their foundation remains in the pitching. The star is still undefeated on opening day.

”It’s a great challenge,” Hernandez said. ”You’ve got a lot of eyes on you and you’ve got to do good.”

Felix Hernandez struck out 10 and allowed just two hits in seven innings as he dominated the powerful Angels offense. Seth Smith had three extra-base hits and two runs batted in his debut with the Mariners who beat the Los Angeles Angels 4-1 on Monday in the first game of the season.

Hernandez is now 1-0 and 6-0 all time in opening day starts. He took the mound before a sellout crowd that waved yellow towels with the letter K on them, which is what he usually gets. He lifted the Mariners to their ninth straight win on opening day.

The victory was a nice start to a season filled with expectations. Many hope this is a sign of change, since the team has disappointed the last few years. Now, the team is filled with great pitching and key offensive players to help Felix and company with some run support.

”It’s always nice to win at home. I’m glad opening day is over. We can get back to a sense of normalcy around here because it is a very hectic day,” Seattle manager Lloyd McClendon said. ”But when you win it’s great.”

Seth Smith was the offensive star for the Mariners. He came to the team after a trade with the San Diego Padres in the offseason. The new acquisition doubled twice and lined a two out RBI triple to score Austin Jackson with Seattle’s first run of the season. All hits came off Angels ace Jered Weaver, who dropped to 0-1 in the season.

Smith also started off the new season with a record, he became the first player in Mariners history to have three extra-base hits on opening day. The Mariners also got help from Robinson Cano, who had an RBI single and Dustin Ackley who added a solo home run.

”We just had to get some runs on the board and that would take care of the rest,” Ackley said.

Things got off to a nice start for the Angels, who had a solo home run from Mike Trout in the first inning, but 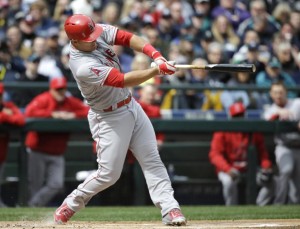 it ended there. The offense was missing in action for the rest of the game, or maybe it was because King Felix shut them down.

This is the third time the Venezuelan pitcher strikes out at least 10 batters on opening day. He struck out 12 in 2007 against the Oakland A’s and 11 against the team he beat today.

All-Star Mike Trout started off this opening day just like the last one. He homered off Hernandez in the opener for the second straight year and later made a nice catch to rob Logan Morrison of a home run.

C.J Wilson will start against the Mariners. For the opposing side, Paxton will get the call over Hisashi Iwakuma, who is still recovering from an injury.