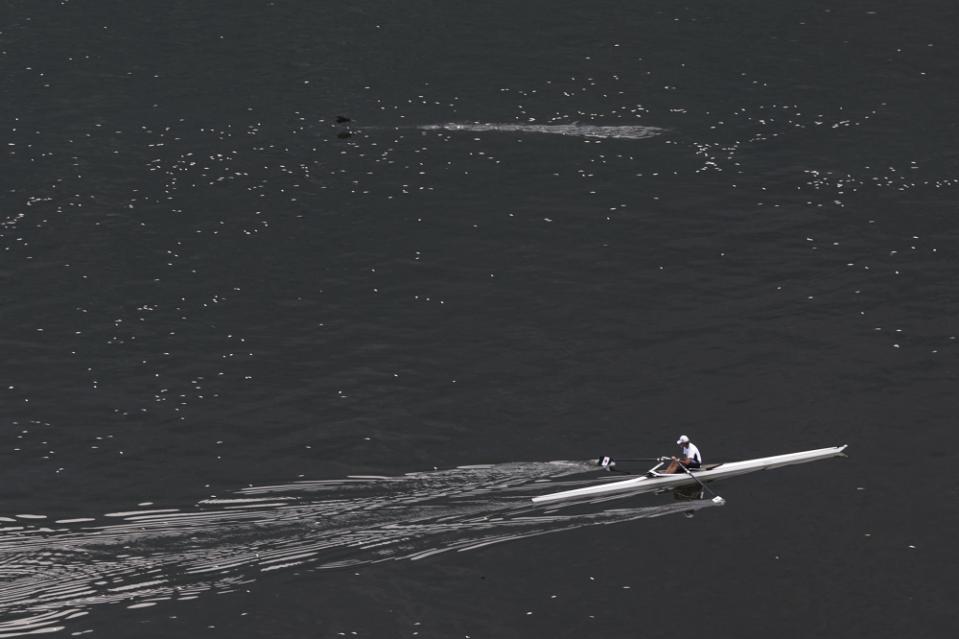 The people in charge of the Rio 2016 Olympic organizing committee promised Friday that the venue for rowing and canoeing would be clean and safe despite a massive fish die-off in the small lake that will be an important part of the event.

Sanitation workers are laboring hard and have removed at least 37 tons of dead fish from the Rodrigo de Freitas lake in central Rio since last week.

“Work is being done at the Rodrigo de Freitas lake, it is underway and it will be delivered in conditions to host the competitions without any problems,” Carlos Nuzman said at the unveiling of commemorative coins for the games.

Severe water pollution threatens to ruin the event and Olympic host. Rio Mayor Eduardo Paes has admitted in the past that the Olympics have been a “wasted opportunity” to clean the lakes, rivers and even the waters going into the famous beaches.

Biologists blame the pollution for the massive death of fishes in the lake. Authorities have a different version, they say a change in the water temperature is what caused the sudden deaths. 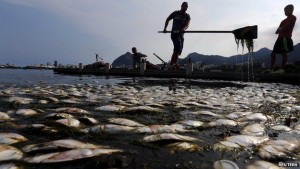 “My sport is volleyball, so I can’t tell you what needs to be done,” Nuzman said. “I’d like to, though.”

The deaths of these fishes are common in Rio, where waterways are polluted by raw sewage and all sorts of trash. Most of Rio’s sewage goes straight into its surrounding waters, including the heavily visited beaches. In February, a fish species called twaite shad died in mass in the polluted waters of the Guanabara Bay, where the Olympic sailing events are to be held.

When the nation won the Olympic bid back in 2009, the people in charge promised many things, including the cleanup of the waters. This hasn’t been the case, just a few months before the start of the games, there’s still a lot to be done and there’s probably not enough time to finish it.

Rio is spending about $12 billion on the popular event. The financing comes from a mix of public and private money to build sports venues and other things needed prepare the city and make it look nice. The biggest project going on right now is a subway line into the upscale western Rio suburb of Barra da Tijuca, where most of the games will take place.

The cleanup of the waters have been a huge problem since they won the bid. Three years have passed and several biologists and activists have revealed the bad state of the lakes and waters that will be part of the events. One of these people is Mario Moscatelli, who is not convinced that the work will get done in time.

This is not surprising at all, the nation has had trouble hosting events. Just last year, the World Cup got started and most of the stadiums had not been finished or completed. The event went on and was successful for the most part, but this will for sure make bids a lot harder for them to win in the future.