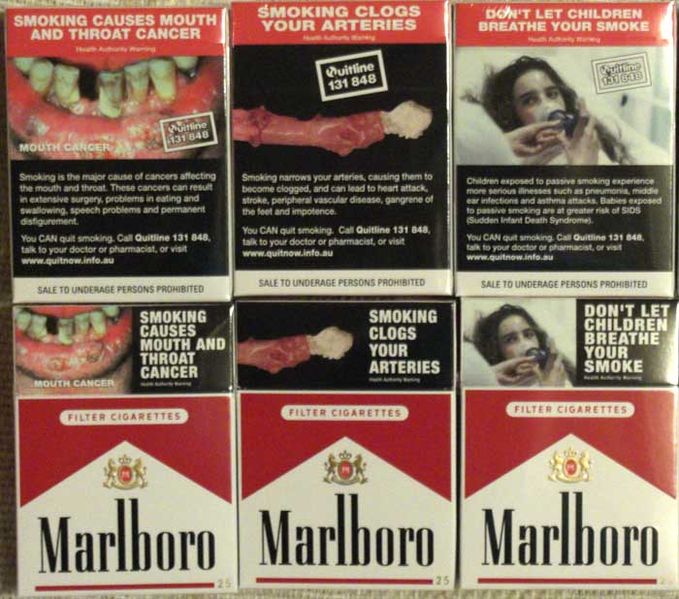 In what is some interesting news, studies are showing that the graphic labels put on cigarette packs is actually helping people stop smoking. The study was from Washington State University, and it showed that the graphic labels help keep young adults and teenagers away from the tobacco products. The labels often show the negative side effects and consequences of smoking, so those images are keeping people from picking up the habit, but it is also helping people stop who have even been long-time smokers. These graphic images are usually not seen by young kids, since the packs are often times behind the counter, although teenagers can look straight and immediately notice the horrifying images at the store. 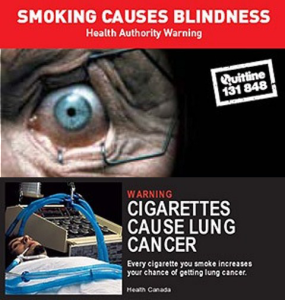 Smoking and nonsmoking adults between the ages of 18 and 25 were shown the images on the cigarette packs, and then asked to rate the labels based on what emotions the labels made them feel. The scale went from 1 to 7, with 7 evoking a lot of worry and concern about the negative consequences of smoking. A lot of the more graphic images such as the throat and mouth cancer images, as well as the various eye diseases and facial scarring images were the most visually upsetting. The text-only labels were shown not to really impact either smokers or nonsmokers, however the images made the negative effects seem more real to the study subjects. Often times the images evoked at least 1 point more on the scale compared to the text-only print on the cigarette packs, and sometimes the images have made people physically ill because of the emotional component to it.

This study basically means that the images on the cigarette packs can help young people stop from ever picking up a cigarette in the first place, and also helps motivate the smokers to quit. It is one thing to hear about smoking giving you cancer, but when you see the images, you might decide that you need to stop for good, before that picture becomes a part of your body. The images really help convey the true effects of smoking, especially the pictures of the lung and throat cancers, since technology allows us to now see inside of the body in a whole new way. Years ago, these types of images were not available, so hearing lung cancer always was just words, and there was no real high-definition picture to go with it. In terms of what really helps people stop smoking for good, the emotional aspect or emotional connection is what really helps breakthrough that barrier and help people quit.

However, in 2012, the courts said that mandating these images on tobacco products actually is a violation of free speech, and therefore the images will not be put on the packages. The FDA would have to come up with new labels in order to try to get the point across, although that is hard to do when the graphic images are really what helps people quit. So far, the FDA has not proposed any new warnings to put on the cigarette packs, which means the FDA might be trying to figure out how to get the images around the first amendment free speech issue.