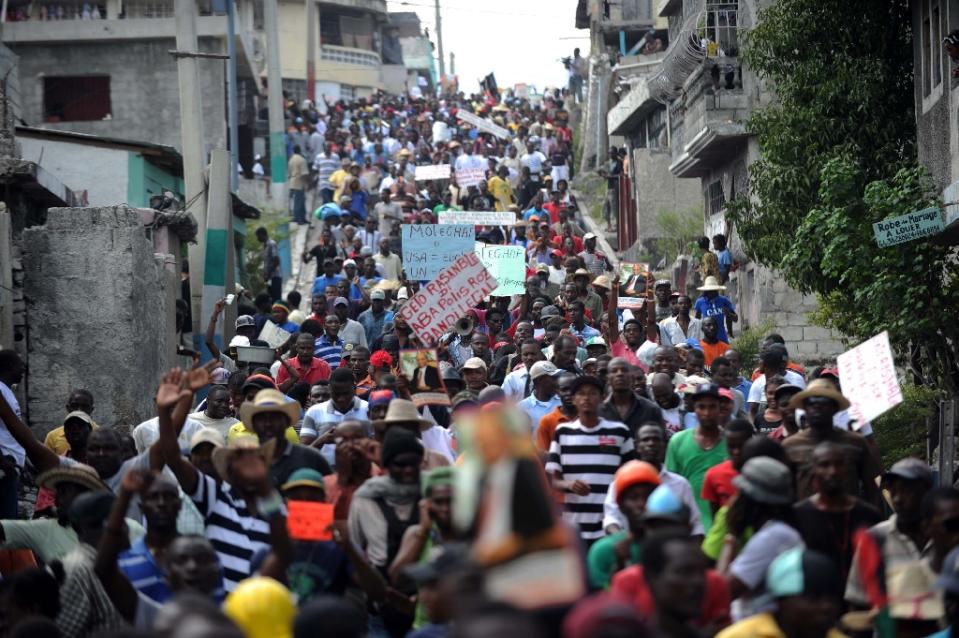 After three years of delayed elections and lots of political problems, Haiti’s old equipment is ready to receive votes and crown a new president and other members of the government.

By the end of 2015, the poor Caribbean republic should have a newly elected president, parliament and local municipal governments. A big start for the struggling nation.

Haitians have not been able to vote in an election since popular singer Michel Martelly won the presidency back in 2011.

Since then, presidential candidates have replaced elected mayors in many areas and the Senate and House of Representatives have lost members.

But the four year wait has not slowed down the ambition of Haiti’s political elite.

More than 120 parties have registered to take part in the elections, in a country which only has 11 million people signed up to vote.

Not all will make it to the contest, but this adds a challenge to those who are trying to organize the elections.

“But we have to admit it’s going to difficult in logistical terms.”

A lot of spots are up for grabs.

Between mayors, town councilors, deputies, senators and the president, more than 6,000 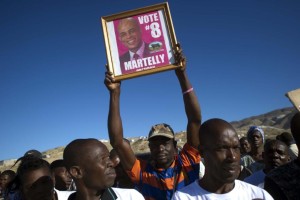 spots are available in the elections that will be held August 9, October 25 and December 27.

It shouldn’t be like this though. Under Haiti’s sort of new constitution, most of the elections should have been held months or years ago at different times.

But as we all know, things are rarely easy in Haiti. Martelly’s side and the divided but determined opposition have been going at each other for years.

The Parliament accused the president of trying to overload the electoral commission with his side. The presidency fired back by accusing lawmakers of delaying a vote on a key electoral law.

Months and months have gone by without any replacements for these spots.

Earlier this year, the national parliament lost a lot of members and now they don’t have the power to decide things.

With pressure from the population, Martelly finally issued a March 2 decree. Elections will now be done.

The long list of candidates for presidency are set to register during the second week of next month, a few names are already making an impact around the nation.

“If we have 50 or 60 presidential candidates, you can just imagine how long the ballot paper will be,” Georges told AFP.

It will be long, no doubt. Each candidate has to have a photo and campaign logo next to their name.

The ballot is not the only issue. They also have money problems after years of dictatorships, diseases, and the deadly 2010 earthquake that left the country in ruins.

The disaster killed an estimate of 200,000 people and destroyed most of the capital, Port-au-Prince.

Haiti has been slowly going back to the way things were before the disaster, but they still need help after the aid promised by other countries never got to them.

The earthquake isn’t the only thing that has affected the country recently. The nation suffered another blow when a cholera epidemic, killed thousands more.

With the elections coming up, will Haiti recover?