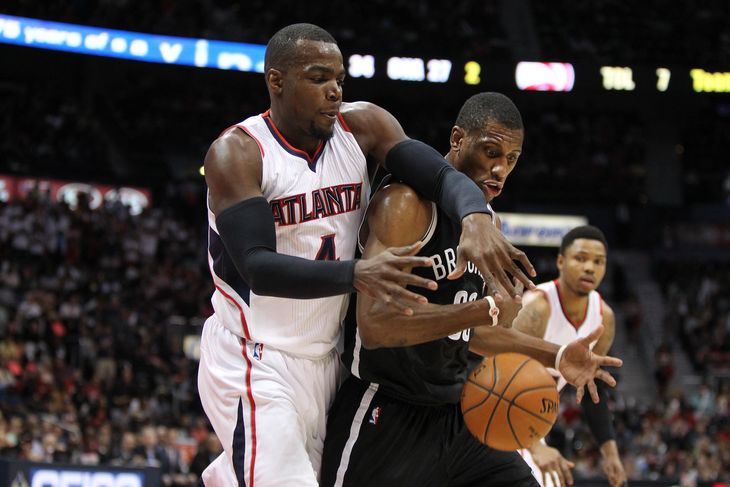 Al Horford and DeMarre Carroll scored 20 points a piece to help the Atlanta Hawks get their 57th regular season win and match for the most ever in team history. Oh and they blew out the Brooklyn Nets 131-99 on Saturday night.

The night was almost perfect for the Atlanta Hawks, except they lost forward Paul Millsap to a right shoulder injury after some contact with Earl Clark with less than two minutes left in the first half. The refs called no foul on the play, which left Millsap in pain on the floor. He held his shoulder while walking off the court. 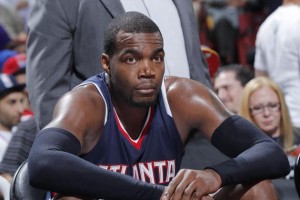 The star forward did not return to the game and finished with only eight points and five assists. The team has not given any details about the injury.

Point guard Jeff Teague added 17 points as the Atlanta Hawks never trailed or had the game in danger, they also ended the six-game winning streak the Nets had going. The Hawks were energetic after three days of rest. The Nets, who beat the Toronto Raptors at home on Friday night, couldn’t keep up with the top seeded Hawks.

For the losing side, Bojan Bogdanovic led Brooklyn with 19 points.

Atlanta bested its previous season high of 130 points on a John Jenkins shot from beyond the arc with less than a minute remaining in the contest.

Hawks coach Mike Budenholzer has given his most important players some rest since the team took the first place spot in the Eastern Conference playoffs. The Hawks brought their whole arsenal this game and looked ready for what’s coming next. Atlanta took a comfortable 66-48 lead at the half and the game was pretty much over by then.

This could end up being a playoff matchup if the Nets keep dropping games and let Miami, Boston or Pacers take the seventh spot. Before the game, Budenholzer said ”We can’t hold anything back. We’re just going to play.”

The coach was right, they held nothing back. The Hawks had 100 points in the third quarter and the game was so out of hand he let his subs finish the matchup and get some playing time.

This game would have been perfect had they not lost Millsap. The team shot 7 for 12 from beyond the arc in the half and had an all around great performance from Horford and Teague.

At one point, Atlanta had a 62-35 lead and was shooting an insane 74 percent from the field, which would have been a season high for any half. They eventually missed some shots before the half and dropped to 64.1 percent, which is still really good.

– Jarrett Jack and Thaddeus Young each had 14 points.

– Brook Lopez had a quiet night with 11 points and 6 boards.

– Guard Dennis Schroder missed his second straight game with a with a toe injury.

Hawks play at home against Phoenix on Tuesday.

Nets play at home against Portland on Monday.