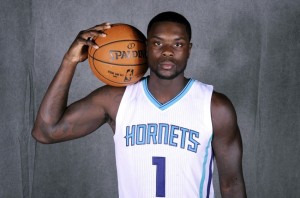 Charlotte Hornets head coach Steve Clifford went straight to the point when he talked about the situation between the team and Lance Stephenson.

“It’s simply that I can’t find a group that plays well when he’s out there.”

Strong comments from the coach, but he isn’t wrong. Charlotte’s big acquisition this past offseason sat out the entire game against the Detroit Pistons on Wednesday in a 102-78 win. The Hornets played well the entire time and didn’t miss Lance. The absence is the second straight game he has missed due to coach’s decision.

The Hornets are out there trying to somehow sneak in the playoffs for the second straight year. The team is two games back from the eighth and final spot in the Eastern Conference. Charlotte can’t afford to slip at the moment. Even when they had the Pistons beat, Clifford decided to keep Stephenson on the bench knowing that reporters would ask the same question over and over again.

Clifford decided to make it clear before reporters asked and said:

“Lance is here because of me. I’m the one that wanted Lance.”

Just not for the playoff push, apparently.

Stephenson had nothing surprising to say and took the professional route by saying:

“It’s a coach’s decision and my job is to keep a positive attitude,” Stephenson told The Associated Press on Tuesday.

He also made it clear that leaving the Indiana Pacers was not a mistake.

“Not at all,” Stephenson said. “I love this system. I love my coaches. I love my teammates. Some people come into systems and fight right in. Some people it takes time. I feel like with me I’m going to take time.”

The two sides don’t seem to be mad at each other, but this doesn’t take away from the fact that the former Pacer has been awful in his time with the Hornets.

Charlotte was hoping they would get the same Lance from last season, who provided a little bit of everything. Instead, the guard has played just 1532 minutes and has not done enough to prove that contract. 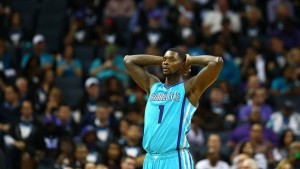 The Hornets have played way better when he’s not on the court and even a bench move has produced poor results from him. At least the contract doesn’t handcuff the team for the future, he’s set to make $9 million next and they will probably opt out of the final season of his deal to make space for the 2016 free agency madness, which promises to be one of the best in recent years. Stephenson has been a way different player this year, even his ball handling and goofiness seem to have disappeared. He no longer gets the same amount of rebounds, commits way too many turnovers and is shooting an awful 37.7 percent from the field.

For now, it looks like Stephenson’s time as a starter is done for the regular season and playoffs, if they happen to make it.

Will the Hornets try to trade him after the season like they tried at the trade deadline? It will be hard, but there’s probably some team out there that thinks he still has it.

Stephenson was given minutes against the Pacers on Friday and scored 10 points but had 3 turnovers and 0 rebounds. The team lost 74-93 and are now 32-43 in the season.