The Marvel Cinematic Universe has been on fire lately, giving us two Captain America, three Iron Man and two Thor movies, but why is Hulk getting ignored. The last time we saw him on his own film was back in 2008 with The Incredible Hulk. A lot of fans want to know why the green giant is not getting sequels like the other characters.

In an interview with Collider, Mark Ruffalo, who plays Bruce Banner in the upcoming Avengers: Age of Ultron, says that Marvel doesn’t own the rights to a solo Hulk film and that’s why he can’t do his own thing and cause chaos.

This is what he had to say:

As far as a Hulk movie, a standalone Hulk movie, Marvel doesn’t really have the rights to that yet. That’s still Universal’s property, so there’s that issue. That’s a big impediment to moving forward with that. Now I don’t think that’s insurmountable, by the way, but I don’t know where it’s going from here for me. 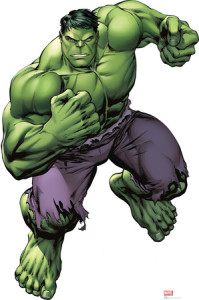 The famous actor has four films left on his contract and could end up doing more if asked to. He’s not sure if he’s going to be featured on the upcoming blockbuster Captain America: Civil War, but there is a possibility of him being there or appearing in other films with new characters.

This is disappointing for Hulk fans seeing as interest in the character has really taken off since the last Avengers film.

The 2008 American superhero film which starred Edward Norton, was pretty successful. The Incredible Hulk earned $134.8 million in North America, and $128.6 million around the world, for a total of $263.4 million. The film barely beat the one before, but it is still considered as one of the best.

Critic sites like Rotten Tomatoes reported a 67 percent approval with an average rating of 6.2/10 based on 218 reviews. Metacritic gave the film an average score of 61 out of 100, based on 38 reviews. The site characterized reviews as “generally favorable”. A poll done by CinemaScore found that the majority of viewers were male and graded the film an A-. The poll also revealed that many of these people had seen the 2003 version.

Now that Ruffalo has revealed the reasons on why we haven’t seen a new Hulk film, will Marvel and Universal work out some kind of deal to allow the giant to be the star of his own movie?