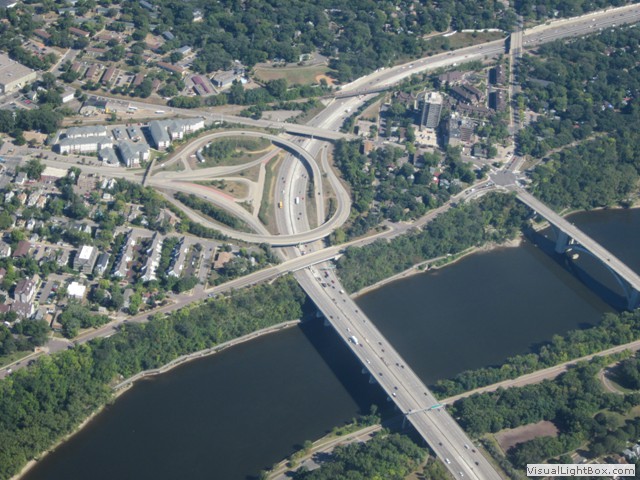 Beginning Friday at 10 pm, I-94 in St. Paul will be closing in both directions, which is about 7 miles through the St. Paul area to I-35E. The Minnesota Department of Transportation will be closing the 6.5 mile stretch in order to help Xcel Energy relocate utility lines. The stretch of the interstate will not be open again until 5 am on Monday morning. So if you are planning on getting out Friday through Sunday, you will need to find an alternate route to take, which will likely back up traffic around the area.

Nearly 137,000 people use this stretch of the interstate everyday to travel to and from the St. Paul, MN, area, and it’s even more than that when events are going on at the Xcel Energy Center. This weekend Neil Diamond will be at the Xcel Energy Center, so expect backups as concert-goers struggle to find different routes to get to the concert. There will be detour signs posted near MN 280, which is where the Minnesota Department of Transportation expects most of the traffic to go in order to bypass the closure completely. You then can use Minnesota 36 and Interstate 35E, but if you are going off a local exit, you can just take University Avenue. There is also the option of taking the Green Line light rail if you would rather not deal with the headache of planning your trip yourself.

Luckily, the Neil Diamond concert is the only major gig going on this weekend, which is on Sunday. On Saturday night the Minnesota RollerGirls will be participating in a double-header, but other than that, things should be fairly light as far as traffic goes. The only people that will be majorly impacted are people who are driving cars and those that need to head towards the Xcel Energy Center. People who already use the public transportation, such as the light rail, will not be affected at all.

The hospital in St. Paul will also be coordinating things with various fire and ambulances that come towards the area this weekend. This means that patients and people coming to the hospital will also need to find other routes, although emergency personnel will already have the alternate routes. The hospital says that the information on how to get there using other routes will be on their social media accounts as well as on the hospital website.

There will also be bus route changes because of this closure, which will be posted later this week. This closure has to be done now because the state resurfacing and construction project will be starting soon, so these power lines have to be relocated beforehand. The construction and other road work will start sometime in May, which gives crews about 3 weeks to get this all done before that begins. On Minnesota 51, there will be complete closure once that work gets underway, so if this was not completed now, it would not be done at all. The Snelling Avenue bridge deck near I-94 will be replaced, as well as the Xcel wires which are around the deck. This is a major project that will take a long time to finish, so residents are just seeing the beginning of the road work with this road closure coming up.

Even though that part of the project is slated to start in May, it might be pushed back because of rebidding on the bridge work, since the bid is $4 million over at this point. The Minnesota Department of Transportation just wants residents to expect the full closure in May, so that if it does go through as tentatively planned, no one will be surprised. You can think of this weekend’s closure as a physical for a surgery, meaning it has to get done before anything else can be done, and there is just nothing you can do except grin your teeth and bare it.