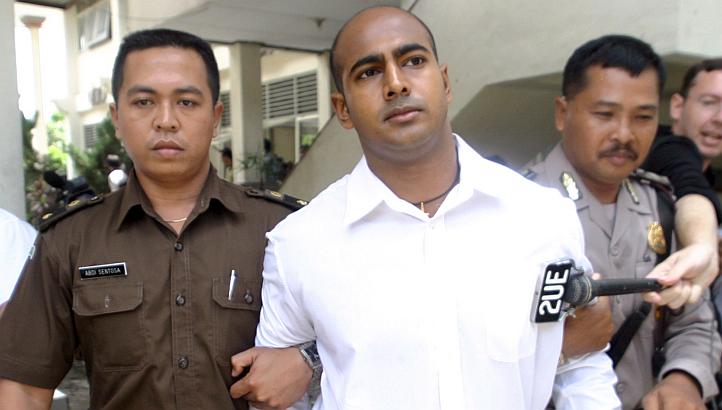 Eight convicted drug traffickers of various nationalities were executed by an Indonesian firing squad a little after midnight on Wednesday, according to media outlets. A Filipina who was on death row with the rest of them, however, was unexpectedly spared at the last minute.

Jakarta denied numerous last minute pleas from around the world for clemency to be granted to the drug traffickers from Australia, Nigeria, Brazil, and Indonesia. Their mass execution was ordered to proceed within hours.

According to a spokesman for the Attorney General’s office, the execution of Mary Jane Veloso, a Filipina mother of two caught with 2.4 kilograms of heroin in her suitcase when she arrived in Indonesia, had been delayed. He said that the delay came as a response to Manila’s request after a drug courier surrendered herself to the police in the Philippines on Tuesday.

People holding a vigil outside the Indonesian embassy in Manila cheered upon hearing the news.

Similarly, vigils for Myuran Sukumaran and Andrew Chan were held in several cities across Australia hours before the scheduled executions. Many held placards calling for Australia to give a strong response to the convicts’ deaths.

The proposal to execute the convicts was condemned by the United Nations and have soured already-bitter relations between Indonesia and Australia.

Australian Prime Minister Tony Abbot said on Tuesday that the executions were “both cruel and unnecessary”, arguing that Chan and Sukumaran had been “fully rehabilitated” during their time in prison.

“We respect Indonesia’s sovereignty, but we do deplore what’s been done and this cannot be simply business as usual”, he said. “For that reason, once all the courtesies have been extended to the Chan and Sukumaran families our ambassador will be withdrawn for consultations.”

This would be the first time Australia recalls an ambassador from Indonesia. Brazil has also expressed “deep dismay”

A BBC report states that Brazil has also expressed “deep dismay” over the execution of one of its citizens, Rodrigo Gularte. The Brazilian government later issued a statement saying that the execution marked “a serious event in the relations between the two countries” and that Indonesia “had not been sensitive to President [Dilma] Rouseff’s humanitarian plea”.

According to his family, Gularte suffered from schizophrenia and should not have been put to death.

Over the course of four months, Gularte was the second Brazilian to be executed for drug smuggling charges. Marco Archer Cardoso Moreira was put to death in January at Nusakambangan island which prompted Brazil to recall its ambassador.

Indonesia has some of the world’s harshest punishments for drug-related crimes and resumed executions in 2013 after a five-year moratorium. Indonesian President Joko Widodo’s steadfastness on the executions has widespread public support at home.