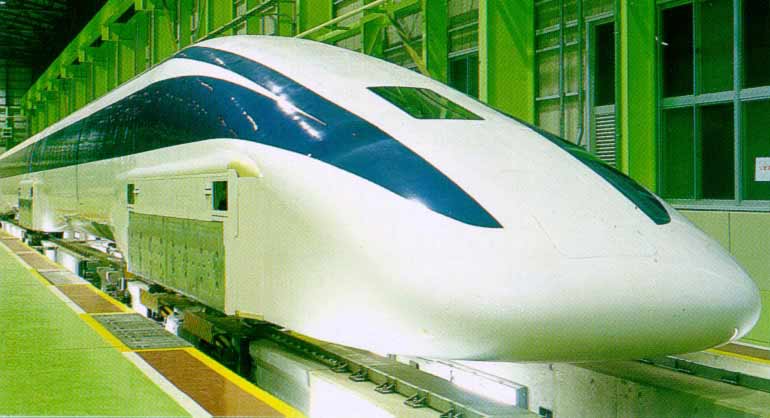 A Japanese magnetic levitation train has shattered its own world speed record, after hitting 603km/h (374mph) in a test run near Japan’s most highest and popular mountain, Mount Fuji.

The speedy train surpassed the 590km/h speed it had set last week in another test.

These trains, known as Maglev, use electrically charged magnets to lift and move carriages above the rail tracks. Central Japan Railway (JR Central), which owns the line of trains, wants to bring the lighting fast trains to Tokyo and the central city of Nagoya by 2027.

If completed, the 280km journey would take around 40 minutes. This would reduce the current time by half. Amazing!

However, passengers will not get to experience the maglev’s record-breaking speeds because the company said its trains will operate at a maximum of 505km/h. The fastest speed a person can get to experience is riding the Japanese shinkansen, which is known as the bullet train. This one goes 320km/h. Far less than the amount of the record, but still pretty fast compared to a normal train.

Construction costs are estimated at around $100 billion just for the one going to Nagoya, with more than 80 percent of the track expected to go through costly tunnels, AFP news agency reports.

These high tech trains are expected to link Tokyo and Osaka in just one hour, but it won’t be done anytime soon. Some say 2027 and others 2045, before the nation is really connected.

A crowd of 200 train enthusiasts gathered along the route to watch Tuesday’s test run. “It gave me chills. I really want to ride on the train… It’s like I witnessed a new page in history,” one woman told public broadcaster NHK.

“The faster the train runs, the more stable it becomes – I think the quality of the train ride has improved,” said JR Central’s head of research Yasukazu Endo.

Japan is known for its shinkansen that run on steel rails, but has been putting money into this technology for quite some time, hoping that they sell around the world.

On Sunday, Japanese Prime Minister Shinzo Abe is visiting the US to propose an idea to build a long high speed rail line between two major cities, Washington and New York. 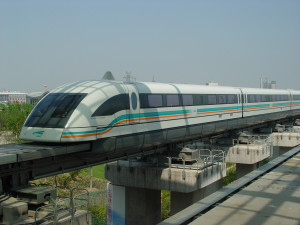 Maglev is derived from magnetic levitation and has become a popular method of transportation in places like China and Japan. They’re much better than normal trains because they travel at much faster speeds, are unaffected by the weather, have demonstrated the need for minimal guideway maintenance, and don’t make a lot of noise.

The downside? Maglev systems are much more expensive to construct and are not common in most of the world.

There are currently two commercial maglev transport systems in operation, with two others under construction. One is Shanghai’s Transrapid which was finished in 2004 and the other is Japan’s “Linimo” line, which was done a year later. Shanghai’s cost was US$1.2 billion to build while the Linimo HSST cost approximately US$100 million/km to build.

Will the U.S bring in this technology to connect its biggest states?