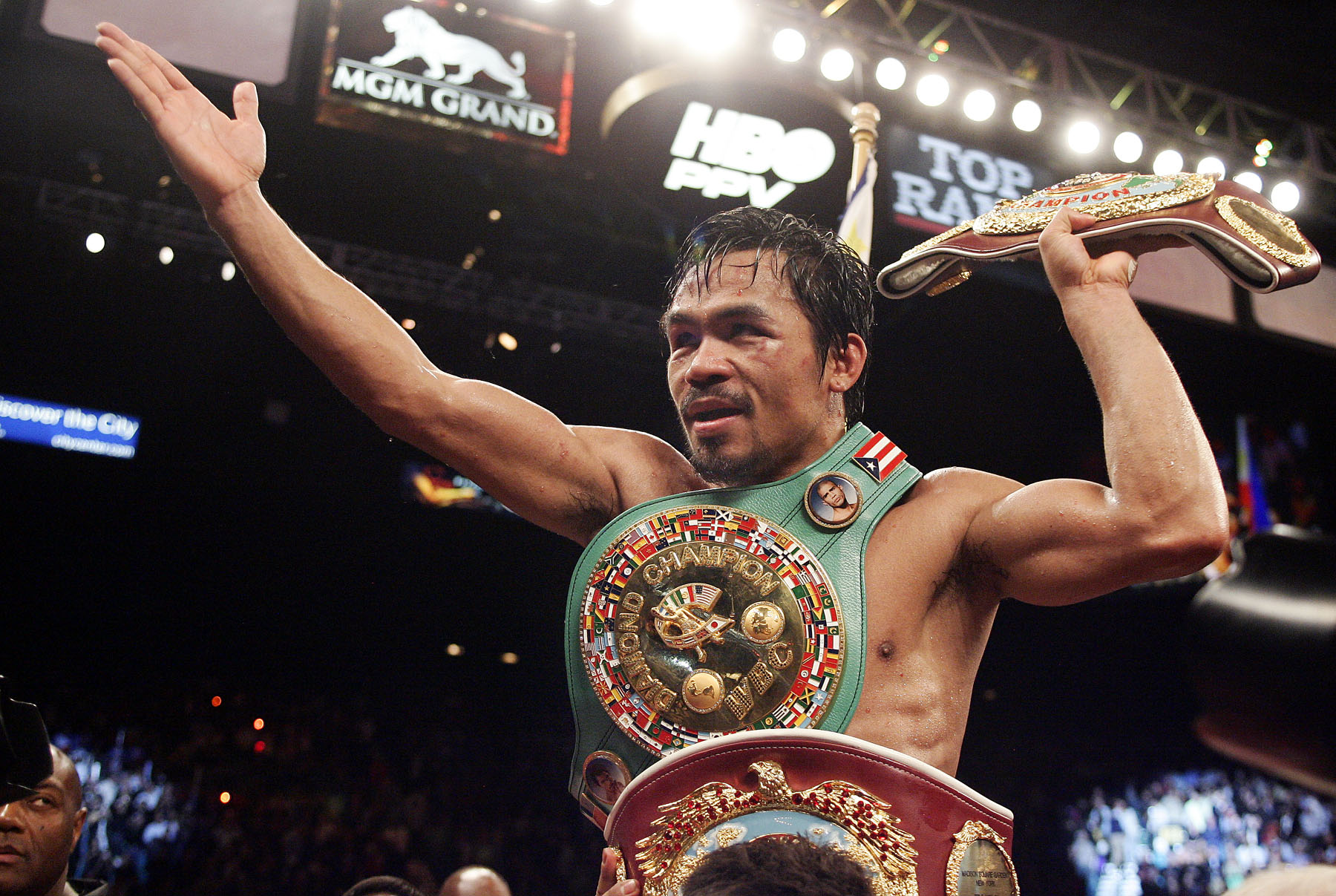 Manny Pacquiao started his quick rise to global fame not as Pacman, as he is currently known, but as “Kid Kulafu.” It wasn’t easy though, he was just a poor rookie boxer before he became Philippine’s most popular face.

That is the title of a new local film about Pacquiao’s childhood. It was taken from the label of a cheap wine whose empty bottles he returned to provide money for his family.

“Kid Kulafu” debuted Wednesday in more than 70 theaters across the Philippines just before Pacquiao’s May 2 heavily anticipated fight with Floyd “Money” Mayweather. It will debut in some U.S and Canada theaters on April 24.

The movie was done by advice and assistance from the famous boxer. The film shows the impoverished surroundings he grew up in before he became one of the best boxers of this era, one of the highest-paid athletes and a politician.

“He had every excuse in the book to fail — broken family, no food, no home, nowhere to go, no money, but he still persevered, and that’s what I want the people to see — that he is where he is today because of hard work,” filmmaker Paul Soriano told The Associated Press.

The 36-year-old boxer was born in terrible conditions, his house had a dirt floor and was located in the mountains of southern Bukidnon province at a time when anti-communist militiamen were battling insurgents. Pacquiao and his family were forced to move to General Santos city, after heavy clashes between the two sides.

Most of the time, there was not enough food for the family; sometimes they ate boiled rice paired with fish or corn. In the movie, militiamen force Pacquiao’s mother to give them two small fish she had prepared for the family.

Things got worse after Pacquiao’s father abandoned the family, leaving Manny, the eldest of three brothers, to search for a job and provide for his family. He sold all kinds of things, including fried peanuts, bread and doughnuts made by his mother, and earned a little money of his own by collecting and selling tiny native lemons called calamansi.

He also worked as a store assistant for his uncle, and collected lots of empty bottles of Vino Kulafu, which he returned to the distributors to make extra money on the side. Kulafu was originally a Tarzan-like Filipino comic-book hero. 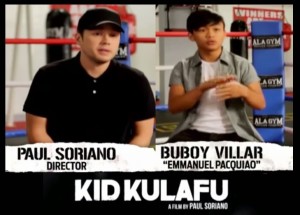 Pacquiao got into boxing after he started watching Betamax tapes of world heavyweight fights with his uncle. He encouraged Pacquiao to box and later trained him, even though his mother was not a fan of the sport. She wanted her son to be a priest, but it was too expensive. She still made him a very religious person.

Pacquiao’s love for boxing would later save her life when she suffered a heart attack. The movie shows how a young Pacquiao entered a fight to win 100 pesos (around $2) needed to buy her medicine.

With training from a friend’s father and uncle, Pacquiao soon rose in the rankings and became the amateur boxing champion in his city, he fought his first fights in the town plaza as Kid Kulafu. A name Mejia (his uncle) came up with. He would then leave to the capital, Manila, without telling his mother, to train in a boxing gym.

The movie was shot in locations where he lived and was produced by Ten17P. The film, which lasts 110 minutes, took three years to make. It took this long because the team had to gather information from his family and friends to make the film as realistic as possible.”It is a fairy-tale story, but it’s true,” producer Marie Pineda said.