Knicks Win And Fans Are Upset 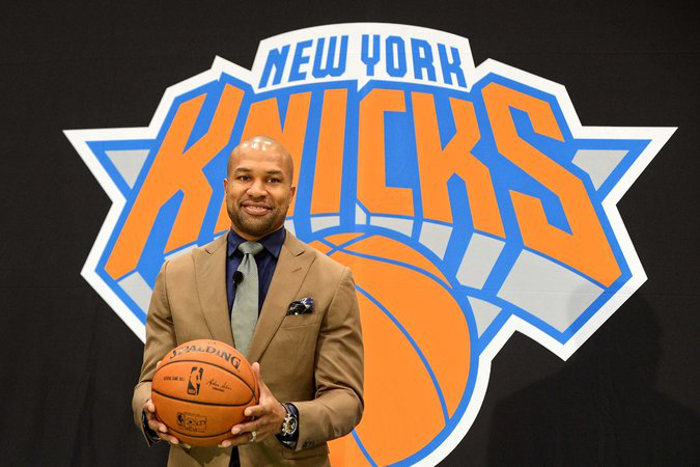 New York Knicks coach Derek Fisher wins when he loses and loses when he wins.

But he doesn’t care about that and was definitely not going to apologize after a victory over the top seeded Eastern Conference Atlanta Hawks.

The Knicks, the NBA’s second-worst team, might have hurt their NBA draft lottery chances by holding off the Hawks 112-108 on Monday night. The Knicks have won two straight, its first time since winning two games in a row at the end of February.

“I’m sure people are upset with us,” Fisher said. “But I don’t think you can ever go out there and basically try and not play your best. Those two things don’t go together.”

With the meaningless win, the Knicks improved to a 17-64 record and moved into sole possession of 29th place in the NBA. If they happen to win their last regular season game against the Detroit Pistons on Wednesday and the Philadelphia 76ers lose their final game to the Miami Heat, the Knicks would finish the season in a tie with the Sixers.

The two would then split the lottery odds, giving each team around a 17.7 percent chance to win the coveted top pick.

If none of the Knicks, Sixers or Timberwolves ends up with a top-three pick via the lottery,

Minnesota would select fourth because it finished with the worst record. The Knicks or Sixers would select fifth, depending on which team wins a tiebreaker determined by a random drawing overseen by the league. If the Knicks lose to Philadelphia during that drawing, they would end up picking sixth in the draft.

“That has no bearing on these guys’ lives and their careers and their livelihoods — who we pick next year,” Fisher said. “This is about them, and they went out and played that way.”

Jason Smith, who was on fire in the game and scored 20 points in the victory against Atlanta, agreed with what coach Fisher had to say about the tanking situation.

“As players, we’re trying to go out there and win the last games that we have,” Smith said. “We have one game left, and we’re only thinking about Wednesday.”

Nothing has gone well for coach Derek Fisher during the regular season. The team lost its best player, Carmelo Anthony, after the All Star week. Anthony, who was having problems with his knee since the beginning of the season, decided to end his time and get surgery to come back fresh for the next campaign. The team was doomed from the start and decided to keep rebuilding by trading Iman Shumpert and J.R Smith. Both players were important for the team and brought scoring, Shumpert was even more important because he’s a great defender.

The Knicks are hoping they can get the #1 pick to have a star to pair up with Carmelo. The team will also look to add big free agents during the offseason. Players like small forward DeMarre Carroll from the Atlanta Hawks, have already expressed interest in joining the team next season.