The anti-vaccination movement is still growing strong, and it has been causing a lot of problems in terms of outbreaks of diseases like the measles. A massive study was just done with 95,000 children which showed that the measles vaccine does not cause autism or autism spectrum disorders. 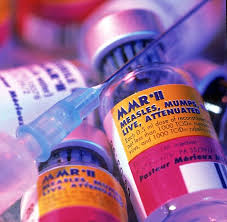 The new study, which was published in the JAMA included 95,000 children and the measles, mumps, and rubella vaccine, which is also known as the MMR vaccine. The researchers looked at whether the children had a family history of autism, and even when looking at the high-risk category of children, they found absolutely no link between the MMR vaccine and autism. There has only been one paper to ever say that there was a correlation, but that paper also backtracked later on saying vaccines don’t cause autism, but by that point it was too late. The high-quality scientific papers have never made any connections between autism and vaccinations. There have been dozens of studies on the ingredients in the vaccinations throughout the past 15 years, and nothing has ever indicated anything other than the vaccine ingredients are safe and effective.

Some of the studies that have failed to show a connection include a 2004 study from the Institute of Medicine, which looked at epidemiological evidence, and pointed to no correlation between vaccines and autism. In 2011, the same group of researchers again took a look at eight other vaccinations, also finding that there was no link between the vaccinations and autism. In 2013, The Center for Disease Control and Prevention checked out 256 children who did have autism, in order to see if they all had the MMR vaccine, and again no correlation could be made.

The outbreak of measles earlier this year was caused by the children who did not get vaccines, and that is the group that doctors and researchers are worried about. There has been so many studies that have disproved the theory of vaccinations causing autism, yet the anti-vaccination movement seems to be growing, and this is causing public health risks. You might have known that Jenny McCarthy is the main voice for the anti-vaccination movement, which she began talking about years ago, but it caught fire after that with other celebrities and parents joining the fight as well. However, this study along with the numerous other studies seem to completely 100 percent disprove any theory that Jenny or anyone else has relating to the vaccinations causing autism.