Microsoft’s Surface 3 Reduces the Price and Keeps the Keyboard

The Microsoft Surface 3 receives an upgrade, and could save you some money. 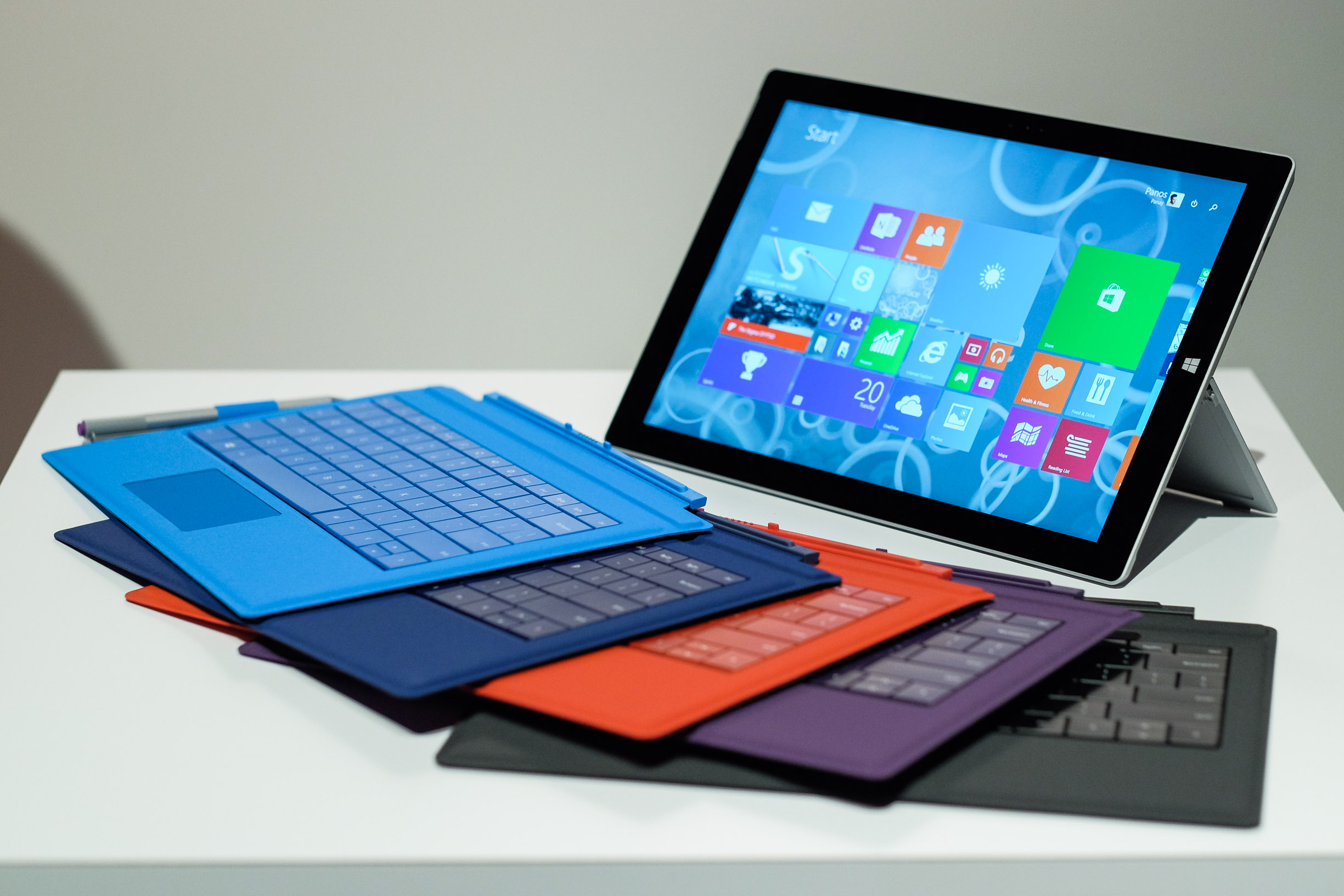 Hybrid computers containing features from both computers and tablets have surged through the electronic department. The market has been crowded with various models, and Microsoft’s Surface Pro 3 is one example of a phenomenal device. However, it may cost more than you think, being available for $799. It comes equipped with a standard Intel Core 15 CPU and a 12.5 inch screen. Additionally, the buyer should keep in mind that it pretty much needs a $129 keyboard to reach its potential.

The Surface Pro 3 has been re engineered and redesigned to accommodate an average user. This mainstream model, called the Surface 3 is more user-friendly than the Pro version. To keep it short, the Surface 3 keeps inventive designs from the more expensive model while removing different features to save your wallet.

The 1,920×1,080 native resolution touchscreen definitely meets and surpasses the standards of the 10.8 inch display. The Pro model has a 12.5 inch, 2,160×1,440 resolution touchscreen for comparison. Both screens are equipped with a 3:2 aspect ratio, making writing with a stylus feel like sketching on a pad of paper (Styluses are not included, and cost $49).

All models of the Surface give you the option of having a keyboard cover. The big backlit keys of the Surface placed into a thin cover provide a sure way to reach the Surface’s max potential. Spending the extra $129 on a keyboard will be extremely useful when using the Surface. Unfortunately for previous Surface owners, the Surface 3 is a different size than the older generations. This slight drawback of the Surface 3 should be taken into account before getting too excited at the $499 price.

One difference of the Surface 3 is that it does not implement Microsoft’s Windows RT operating system. This system could run only approved apps from the App Store. The Surface 3 runs on Windows 8, but Microsoft plans to upgrade the device to Windows 10 when it releases.

The Surface 3 may not be for those looking to use this hybrid tablet as a 24/7 computer. Rather than running on Intel’s Core i series CPU’s, the Surface 3 operates on the newest version of Intel’s Atom CPU. Old versions of the Atom chip were used for lower-end laptops that focused more on price than productivity. However, the new Atom processor provides a lag-free and smooth experience. Accompanied by the simple look of the Windows 8 menu, the Surface 3 proves to be aimed towards the average user.

The production of the Surface 3 is also similar to the Surface Pro 3. For a lower price, you receive the same magnesium outer case and a premium finish. Weighing in at 1.37 lbs, the Surface 3 is lighter than Apple’s anticipated 12-inch MacBook. Another difference is that the Surface 3 is not transitioning to the new USB-C connection.

If you are interested in purchasing this user-friendly version of the Surface Pro 3, it will be released in the US, Australia, and UK on May 5.