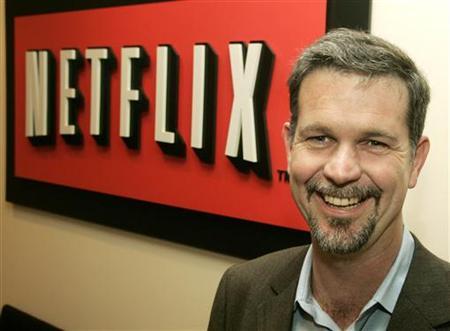 Since last summer, there has been a mysterious decline in TV ratings, and some are beginning to think that Netflix may be the cause.

Last quarter, Netflix streamed 10 billion hours of TV shows and movies last month, which accounts for a lofty 6 percent of total TV viewing in the US, says analyst Micheal Nathanson. Even more alarmingly, Nathanson believes that Netflix is to blame for 43 percent of last quarter’s TV ratings decline.

As that ratings declination continues, Nathanson says that “Netflix as a percentage of traditional TV will steadily rise to the low-double-digit range over the next four years, representing the majority of the declines in traditional TV viewing.”

But perhaps the real kicker to the TV networks is that they played a key role in getting Netflix off the ground. Television networks and Hollywood studios sold licenses for their repeats to Netflix, a very high-margin business they were happy to take part in.

Netflix then is able to make a profit off of these repeats from the TV networks, which they then use to invest in original content. This content is then exclusive to Netflix, which allows them to cut into the ratings of traditional TV networks. This turns into a vicious cycle, where the repeats from TV networks directly kickstart Netflix’s ability to chip away at the cable networks for its piece of the market.

While there has been some argument that the studios will cut back on the sales of their old shows, Netflix said during its Q1 earnings call that it has seen no sign of this happening soon. But before long, Netflix is going to have its own array of content lined up, and the licenses from studios will no longer be of any importance.

As Peter Kafka from Re/Code has said, it’s a “Virtuous cycle for Netflix. Vicious one for the TV guys.”