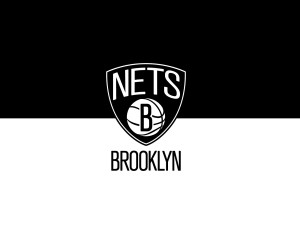 The coach and fans were surprised to see how quickly the team built a big lead. The players were proud of how they responded after losing it.

Home games in Brooklyn were a disappointment earlier this season, but now the team is playing way differently and it might take them to the playoffs.

Brook Lopez had a huge night with 24 points and 11 rebounds, and the Nets took back the 8th and final playoff spot of the Eastern Conference by beating the struggling Indiana Pacers 111-106 on Tuesday night for their fourth consecutive victory.

”It’s just a mentality, I guess, sense of urgency. Realizing we have a chance to make these playoffs and we’re just trying to make a push,” point guard Deron Williams said. 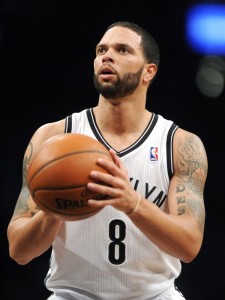 he Brooklyn Nets moved back ahead of the Boston Celtics and dropped the Pacers, who are also looking to get in the playoffs, to one and a half games back. The Pacers face the Boston Celtics on Wednesday, so the team has to move on and focus on this important game. Coach Frank Vogel still believes they can make it and said, ”We’ve got a game tomorrow night. There’s plenty of basketball still to be played”.

Joe Johnson provided 21 points, including five straight after the Pacers reduced their lead to just three with 2 minutes left in the game. Alan Anderson scored 20. The team now has a 17-5 record when he gets into double double figures.

Brooklyn, who was playing bad basketball earlier this season and lost at home to teams like Charlotte and Boston, won for the sixth time in seven games and took the tiebreaker from the Pacers by winning the season series.

George Hill scored 28 for the losing side, who has dropped eight of their last ten games.

It was a bad start to an important week for the Pacers, who have home games against the Hornets and Heat coming up. Vogel compared it to the NCAA Tournament, saying that ”if you win, you knock off a team, and if you lose, you go home.”

There are still a few games to go, but this loss sure made it harder for them to make it.

The Nets seem to have the Pacers number, on March 21 they beat them 123-111 and shot an impressive 61.3 percent, this percentage was the highest ever allowed at home for Indiana.

Brooklyn started off hot and took a 33-15 lead heading into the second quarter. The Nets would extend it to 19, but the Pacers reserves turned it around and scored 39 in the second. Indiana even went on to take the lead in the final minutes of the second quarter before losing it once again at the half, the score was 57-54 at that point.

The Nets took a 12 point 97-85 lead midway through the fourth and once again, the Pacers fought back to within three. Johnson then sealed the game with a three pointer.

– Brook Lopez was named the Eastern Conference player of the week after averaging 28.8 points, 8.5 rebounds and 2.3 blocks last week.