Next Financial Crisis Could Be Junk Bonds 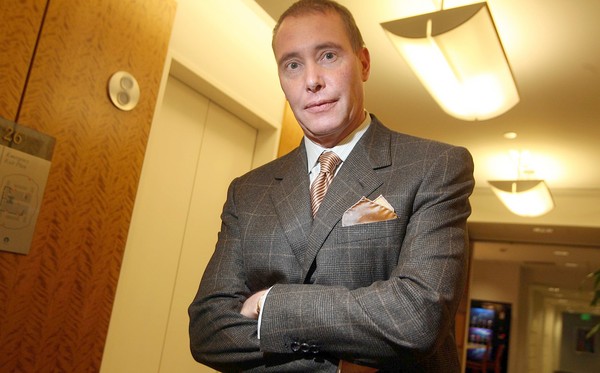 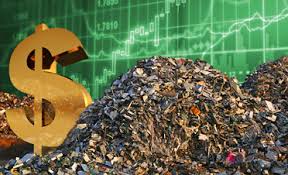 Gundlach is known as the king of the bond markets, and also serves as CEO of DoubleLine Capital, which is the company that predicted the subprime mortgage crisis coming before it led to the Great Recession in 2008. Gundlach has a lot of pull in the stock markets and investing communities, because he is a guy that knows what he is talking about, and being a billionaire also helps investors trust what you have to say.

The problem with the junk bonds, or high-yield debt, is that higher interest rates are coming, but there is also a wall of maturities about to hit as well. Sometime in the next 6 to 10 months, the Federal Reserve will raise the interest rates, with it looking more and more like September will be when the first rates get raised, although it had previously been predicted for June. Investors will then begin focusing on the junk bonds that will be maturing between 2018 and 2019, and these bonds have a combined worth of $600 billion.

So basically there is going to be double trouble coming for the junk bonds, and this is why Gundlach is warning investors that this all could end up causing a run on the bond funds. If there was just one small worry between investors on the stock market, it could create a catastrophic situation, because higher interest rates might cause more difficulties for companies looking to refinance the high-yield debt. If it appears that there are defaults on the horizon, investors are going to flip out and start panicking, because all the investors want to do is make money. “The ultimate consequence of all of these extreme policies have yet to be felt — but will be felt,” Gundlach said while speaking about the impending troubles.

A lot of people have not even heard of junk bonds before, since they didn’t really gain traction until the 1980s, and this type of situation where interest rates are going to be rising has never been seen before with this new type of bond. Since the junk bond has only seen a market where interest rates have declined secularly, no one knows how this will play out, and whether it will create any type of recession-like reactions on the stock market.

The CEO of JPMorgan Chase, Jamie Dimon, also has sounded off on what the new regulations on Wall Street could potentially do in the next year or two. A lot of strict regulations were put into place after the banks went belly-up in 2008, and these regulations still have not been felt throughout the financial sector. Dimon has said that if there is another panic, there might not be enough bonds in the fixed income market.

In terms of the high-yield debt, many people from all walks of life would feel the impact of a crisis in this sector, becase various investors have high-yield debt as part of 401(k) plans. Normal people also have high-yield debt exposure because they put money into various Echange-Traded Funds, or what is known as ETFs, which track the junk bonds. If the junk bond market ends up in a bad situation, it could really impact a lot of normal everyday people in pretty horrible ways, which would possibly lead to another type of recession in America.

The only good news is that Gundlach said that this junk bonds crisis would not be something we would have to worry about right now, so investors are still good if they want to own the high-yield bonds. He does warn that there will come a time where the piper has to be paid essentially, meaning that in a year or two, the junk bonds will cause a lot of headaches for a lot of people. Gundlach is currently advising people to stay away from these types of bonds that investors are looking to get into for the yield, because this creates a situation where investors become greedy, and end up not looking out for the good of the people. Master Limited Partnerships is a specific example Gundlach pointed to, citing that while they pay out very nicely in dividends, it also comes with some heavy leverage, meaning if the rates rise then the profit margins will collapse.

So while the junk bond issue is not something we have to worry about today or tomorrow, between Gundlach and Dimon, Americans are getting a lot of warnings about impending financial doom and gloom. Whether or not the rise in interest rates really will mess up an already unstable American economy is something we don’t know the answer to until we get there, but the next couple of years are crucial to the stability of the economy.