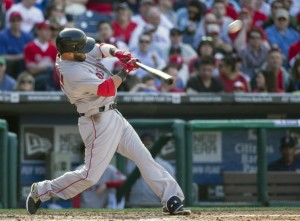 The pitcher allowed just three hits in seven innings of work, Hanley Ramirez and Dustin Pedroia each had a couple of home runs and the Boston Red Sox won easily against the Philadelphia Phillies on opening day.

Buchholz was great in his start and gave the team a reason to believe that he’s the ace they need. The right hander struck out nine batters and pitched like the guy who went 12-1 two years ago.

”This is how I planned it in my head,” Buchholz said. ”Everybody’s opinion about the rotation outside the clubhouse is different than what’s in here.”

Pedroia and Ramirez praised his performance.

”He was awesome,” Pedroia said.

Hanley also had quite a game in his first with the Red Sox, after signing an $88 million, four year contract with the team in the offseason. He hit a solo home run in the fifth and then blasted a grand slam in the ninth inning. ”This is what I expect from the team, everybody hitting home runs and scoring a lot of runs,” Ramirez said. 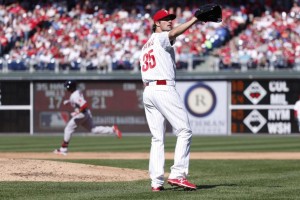 Hamels was rocked today, he gave up five hits in five innings and only struck out six.  He allowed four homers for the second time in his nine year career.

The Red Sox have been interested in Hamels since the rebuilding Phillies made him available, but they probably won’t trade for him after this.

Boston favorite David Ortiz did not make an impact this game, going 0 for 4 with three strike outs.

The Red Sox spent $183 million on Hanley Ramirez and Pablo Sandoval, hoping their offense can lead them to another World Series run like in 2013. The Panda was 0 for 5 with two strikeouts.

Buchholz was perfect until he allowed a hit by Ryan Howard in the fourth. The relievers were pretty good too, Junichi Tazawa tossed a perfect eighth and Tommy Layne finished the game off.

Pedroia hit a huge homerun in the first inning to give the Red Sox a 1-0 lead. In the fifth, he hit another one for his first multihomer game since Sept. 13, 2011, against the Toronto Blue Jays. One batter later, Hanley blasted another homerun.

”I’m back to who I am,” said Pedroia, who had wrist surgery last year. ”I could tell in the offseason I was healthy and back to normal.”

Pedroia was great on defense too, he stopped a Philadelphia rally in the seventh inning to keep the score at 0.

– Right handed pitcher Joe Kelly threw 78 pitches in five innings in an extended spring game in Florida and is eligible to come off the disabled list on Saturday. The Red Sox don’t know if he’ll start this weekend against their biggest rival, the New York Yankees.

– Steven Wright will start for Joe Kelly if he’s ruled out.

Rick Porcello will face Aaron Harang in Game 2 on Wednesday night. Porcello just signed a four year contract extension that runs through the 2019 season, this was announced by the team after the game.