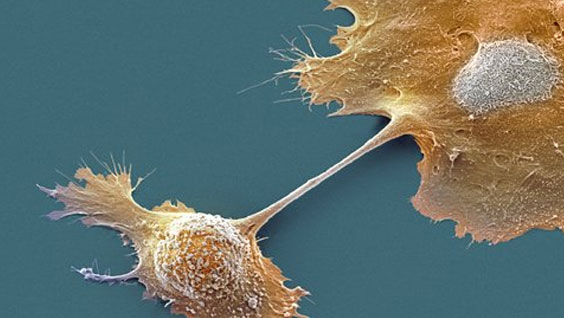 In a new study which was published in Pancreas, researchers have been able to revert pancreatic cancer cells back into normal cells by using a protein called E47. E47 is a protein that binds to certain sequences of DNA, and is responsible for controlling the genes that deal with differentiation and growth. With over 40,000 people each year in the United States dying from pancreatic cancer, this new research could provide ways to treat the disease by reducing the tumors ability to progress. 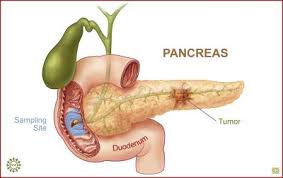 The study was not just coming from one university, but several universities and researchers were involved in this possible cancer breakthrough. Sanford-Burnham, UC San Diego, and Purdue University all had a handle in this study, and Pamela Itkin-Ansari was the lead author of the study. The study involved generating human pancreatic ductal adenocarcinoma cell lines to make above-normal levels of E47. This then ended up causing the cells to stall in a certain phase, known as G0/G1, then it reverted the cells back towards the acinar cell phenotype.

The in-vivo studies that were performed on mice showed that when the cancer cells were hit with the extra levels of E47, it significantly hindered the ability of the cells to form more tumors. The in-vivo studies were using untreated adenocarcinoma cells to act as the comparison. You can think of E47 as a road block essentially, if you bounce a ball onto a road block, it will begin coming back towards you, instead of continuing to move forward. That is what this protein does inside of the cancer cells, it acts as the road block, which is able to turn the cancer cells back into normal cells, and stops tumor production.

The is the first time that an overexpression of one gene is shown to help reduce the tumor-promoting potential that is found in pancreatic adenocarcinoma, and the first time the cells have been reprogrammed to revert back to the original state. The research findings also mean that pancreatic cancer cells have some form of memory in terms of genetics, and the E47 protein is basically tapping into the vulnerabilities of that genetic memory.

You might not know it, but pancreatic adenocarcinoma is the most common type of pancreatic cancer out there, which is usually caused by a mutation in the Kras oncogene. This mutation then causes the digestive enzyme-secreting cells, which are acinar cells, to turn into a duct-like cell, and that duct-like cell is what is cancerous. Jaundice, abdominal pain, and weight loss are all signs of pancreatic cancer, although often times the symptoms don’t appear until the cancer has spread. Pancreatic cancer is known as a “silent killer” because the cancer will not leave symptoms behind until it is already too late most of the time to treat, and it also can occur in both young or old men.

The next step for this research project is to test the tumor tissues of patients, which can help researchers determine whether or not the patient-derived tumor tissues end up getting the same results with the E47. If this happens, then there would be a more therapeutic treatment option out there for people who are diagnosed with this deadly disease. The researchers are also starting to try to look for various drugs out there that could help induce the overexpression of this gene.

Right now, pancreatic adenocarcinoma is treated with various cytotoxic agents, however most patients after diagnosis die within 6 months. Pancreatic cancer is a very deadly disease, with treatment improvements only giving patients days longer, and there is nothing out there that could give patients hope for any type of recovery. If the researchers are able to get these results again using the tissues of the patients, then there is hope that a new treatment option can be developed, which hopefully could extend the lives of patients by years. There is also the fact a lot of people get pancreatic cancer later in life, which means surgery is often not an option or is a situation where old age would kill you before the cancer itself does.