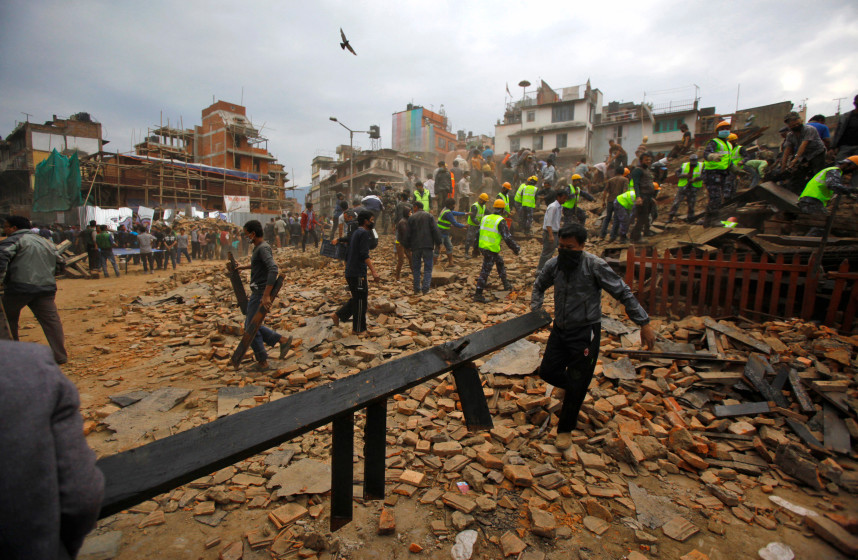 Hundreds of Nepalis were fleeing the capital Kathmandu for safer grounds on Monday, affected by two days of powerful aftershocks following a huge earthquake that took the lives of more than 3,200 people.

Roads leading out of the mountain valley city of one million were packed with people, many with children in their arms, trying to catch a ride on a bus or whatever went by.

Many of the people said they had slept in the open since Saturday’s tragedy, either because their homes were completely destroyed or they feared that more quakes would strike the area.

“We are escaping,” said Krishna Muktari, who runs a small grocery store in Kathmandu city. “How can you live here? I have got children, they can’t be rushing out of the house all night.”

Authorities are trying to do all they can to provide water and food. 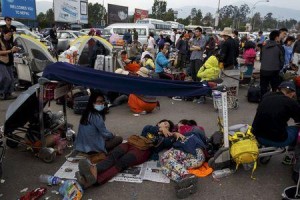 The sick and wounded were lying out in the open in the capital, unable to find a place in the devastated city’s hospitals. “We are overwhelmed with rescue and assistance requests from all across the country,” said Deepak Panda, a member of the country’s disaster management.

In Mt. Everest, hundreds of climbers remained trapped after a huge avalanche tore through the base camp, taking the lives of 17 people in the single worst disaster to hit the world’s highest mountain.

Across the capital and nearby areas, exhausted families rested out on streets and tents to shelter from rain.

A total of 3,218 people were confirmed killed in the 7.9 magnitude quake, a police official said on Monday. This is the worst tragedy in Nepal since 1934 when 8,500 lost their lives.

66 more deaths were confirmed across the border in India and another 20 in Tibet. This all provided by China’s state news agency.

The death toll will probably rise as hundreds of rescuers struggle to reach remote regions in the impoverished, mountainous country of 28 million people.

Where Is The Aid?

Right now, people all over the country are sleeping outside with little water or food. The population in remote areas are pretty much alone. “There is no electricity, no water. Our main challenge and priority is to restore electricity and water,” said home ministry official Laxmi Prasad Dhakal.

“The next big challenge is the supply of food. Shopkeepers are unable to go in and open their shops. So 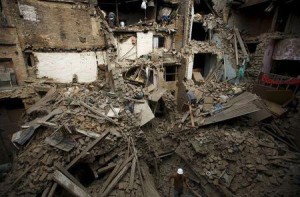 Some countries have taken action and sent some much needed help.

India is one of the few, they flew in medical supplies and members of its National Disaster Response Force. China sent an emergency team of 60. Pakistan’s army will soon send aircrafts with hospital beds and more supplies.

The United States is all in as well, and sent a military aircraft with 70 workers on Sunday. They will get there later today. Australia, Britain and New Zealand said they were sending specialist urban search-and-rescue teams to Kathmandu at Nepal’s request.

Britain, who has lots of citizens living or visiting the devastated country, has also delivered supplies and medics.

Even with the help, some countries have stayed back and not joined assistance on the ground because the aftershocks have prevented them from doing anything since most of the airports are closed.