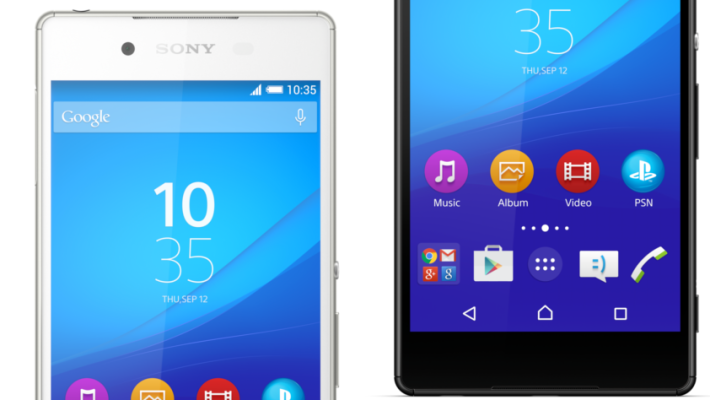 This morning, Sony announced the next version of its sleek and waterproof smartphone, the Xperia Z4. The announcement was made on Sony’s Japanese website, showing off its top of the line specs which should be released mid-year in Japan. We currently do not have an international launch date.

The Xperia Z4’s design is similar the past year’s model, but it shaves off a few millimeters of thickness, bringing the phone down to just 6.9mm at 144 grams. The front of the phone has the same 5.2 inch display with a thin bezel, measuring 146mm by 72mm. Battery capacity takes a hit with this size reduction, however, coming down to 2930 mAh. We will wait to see how this affects the phone’s battery life, although Sony states that it should last 17 hours while talking on a 3G connection.

The phone’s full HD, 1080p display measures 5.2 inches diagonally, and has the same superb display tech, Sony Triluminos, that was seen in Sony’s previous phones. While we are seeing an influx of QHD phones come into the market right now, Full-HD displays still have their place, as they provide better battery life and for many people, the difference between the two is unnoticeable.

Lag shouldn’t be an issue with Sony’s new phone, as it features the latest Snapdragon 810, which is a 64-bit octo-core chipset, and it’s backed by 3 GB of RAM. At the present, Sony is only offering a 32 GB model, but we may see higher capacities available when the release date rolls around. Fortunately, Sony allows users to upgrade the phone’s storage with an additional 128 GB via micro SD.

Sony is good at making cameras, and their phones are no exception. The Z4’s rear shooter packs 20.7 megapixels in to a Exmor RS image sensor. It can shoot up to 4k video with “camera shake correction”, thanks to its BIONZ image processor. The front camera is 5.1 megapixels with a wide angle lens to get all of your friends in the selfie.

Perhaps one of the features that the Xperia line is most known for is the waterproofing. The Z4 is no different, as it features IP6X dust and IPX5/IPX8 water certification. This should let you submerge the phone for up to 30 minutes in about 5 feed of water. Worth nothing is the micro USB port, which doesn’t require a cover to go swimming.

The phone comes in four colors, White, Black, Copper, or “Aqua Green”, which looks more like blue to us.

Running on this fantastic hardware is Android 5.0 Lollipop with Sony’s skin on top. To the pleasure of audiophiles, the phone has support for Sony’s LDAC Bluetooth protocol for high resolution audio over Bluetooth.

With the phone set to launch mid-year in Japan, we expect to see it in the United States not long after. Will you be buying one? Let us know in the comments.