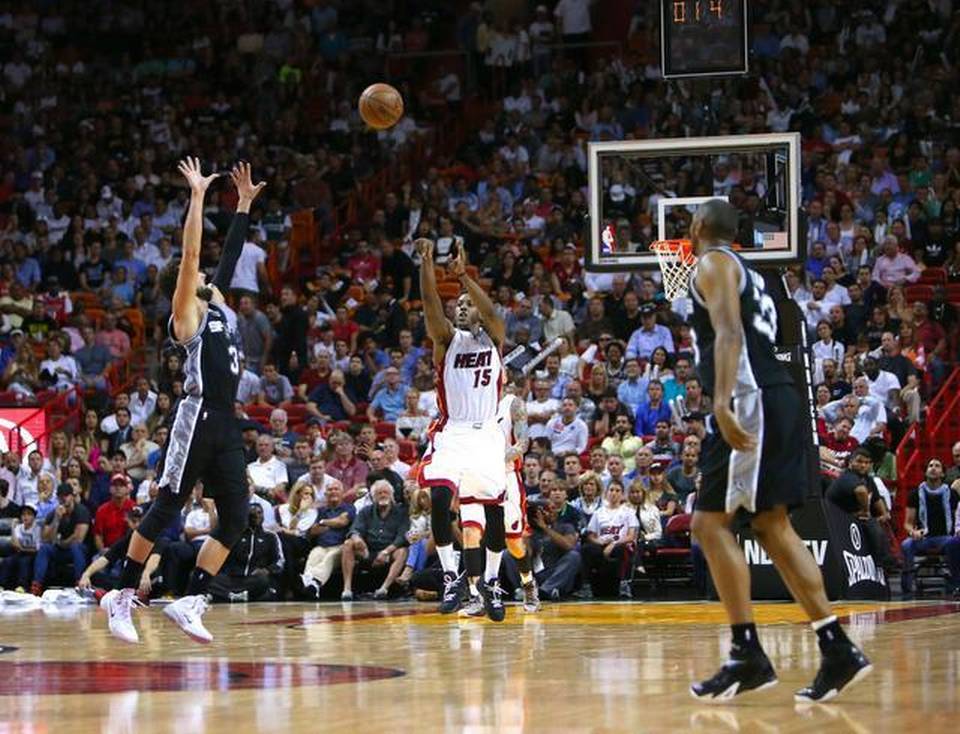 Kawhi Leonard once again goes off against a familiar rival, the Miami Heat.

The Spurs might be getting into defending champ mode at the right time.

”We played good D,” Spurs head coach Gregg Popovich said, after his team’s fourth win in a row. In the four games, they have held opponents under 92 points.

As we all know, Leonard took the NBA Finals MVP trophy last year against the Heat. Kawhi has scored at least 20 points on at least 53 percent shooting in his last five games against Miami. He was great on both sides of the game, and helped hold Dwyane Wade to a 6 for 20 shooting night, impressive.

”He has a way of knocking it all sideways,” Heat coach Erik Spoelstra said. ”Four steals, it felt like 10.”

Veteran center Tim Duncan had 12 points and 11 rebounds for the Spurs, which went 12-3 in March. Boris Diaw added 11 points.

Goran Dragic had 19 points and Dwyane Wade added 15 for the team in South Beach. Hassan Whiteside returned from a three game absence because of an injured hand and contributed with 10 points.

For Tony Parker it was his 1000th game. The French basketball player has won 718 of those, that’s the best winning percentage in NBA history.

”When you see all of the names and obviously all of the history in the NBA, that’s pretty cool,” Parker said. ”I felt very blessed to play with the Spurs and I always said it’s been a great situation, we have great guys and all we care about is winning.”

With this win, the Spurs stayed at No.6 in the Western Conference, and would secure a playoff spot with a victory against the Orlando Magic on Wednesday.

The Heat remained at the No.7 position in the Eastern Conference, just a half game up on the surging Brooklyn Nets. 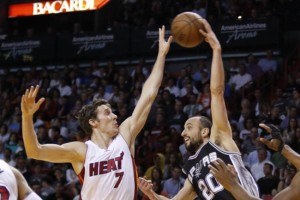 The game was close at the half with a score of 47-42. But San Antonio pulled away right after the break and took a 15 point lead heading into the fourth. The game would get worse for the Heat, who were losing by 21 in the fourth.

Miami made the game somewhat close with a basket from Chris Andersen that reduced the Spurs lead to just 10 with 3:32 left, but Tony Parker would end the game with a floater along the right baseline in the next possession.

The Spurs are just two wins away from their 16th consecutive 50 win season. It seems like they will easily reach that mark once again with eight games remaining in the regular season.

– Duncan hurt his ring finger on his right hand, but had it taped and returned a few minutes later.

– Parker is the second player in Spurs history with 1,000 regular season appearances.

– This is the Heat’s second home loss in the last 10 games.

– Udonis Haslem, Shabazz Napier and Luol Deng all sat out.

Heat play on the road Thursday against the Cleveland Cavaliers.

Spurs play on the road Wednesday against the Orlando Magic.