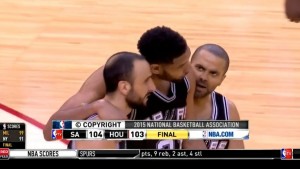 The San Antonio Spurs spent much of Friday night’s intense game at the Toyota Center intentionally fouling the Houston Rockets players. After the last play of the game, Rockets were left wanting another foul.

With the Spurs up by just one point and six seconds on the clock, Rockets MVP candidate James Harden got to the rim and went for a layup, but Tim Duncan was waiting there for a game ending block. Replays showed a lot of contact from the veteran forward, but some say Duncan got the ball first.

Before the huge block from Duncan, Harden had given the Rockets a chance at the win with a three-pointer with 28 seconds left, after which they forced a critical from Manu Ginobili turnover to get the ball back for the last play of the game. All this was just for Duncan to send the Spurs to a 104-103 win, their 10th in a row and 20th in their last 23 games. The Spurs are 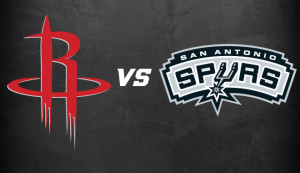 now half a game up on Houston for the Southwest Division title.

If we think about it, the final call is not really controversial, but it hit the Rockets hard, as they lost control of the game in the third quarter, after San Antonio stepped up its defense and intensity. Popovich was the mastermind behind this, he instructed his players to foul Houston forward Josh Smith as much as they could. The veteran is shooting 49.5 percent from the free throw line this season. This was key because Smith did not respond well to the pressure. He went 12 of 26 and the Rockets offense was not as efficient.

This wasn’t the best game to watch, and the second half showed evidence that the NBA needs to change its rules regarding off-ball intentional fouls to send bad free-throw shooters to the line.

This game looked really good on paper, featuring two of the best teams in Western Conference. Instead, it became a little bit of a bore fest. We all know that the coach’s tactic is not breaking the rules, but it just wasn’t fun to watch. San Antonio has given us some beautiful basketball in the past, and today was not one of those days.

It’s hard to watch too, after seeing the Spurs play amazing basketball prior to this game and last season, when they breezed through the playoffs and took the title.

Ok, enough talk about the slow pace. Let’s talk about how Tim Duncan carried the Spurs to victory, with 29 points, 10 rebounds and three blocks performance. The veteran had to do it all, Danny Green and star point guard Tony Parker were 1 of 14 combined. They did stop Harden though, who scored just 16 points on 5 of 19 shooting.

The Spurs, after being in danger of dropping out of the playoff positions earlier in the season, are now looking like the team that was unstoppable last year. The defending champs have a chance of taking the No. 2 seed after last night’s victory took them from No. 6 to No. 3.

Is that enough for a repeat?