Stephen Colbert Had No Interest in Replacing Pal Jon Stewart 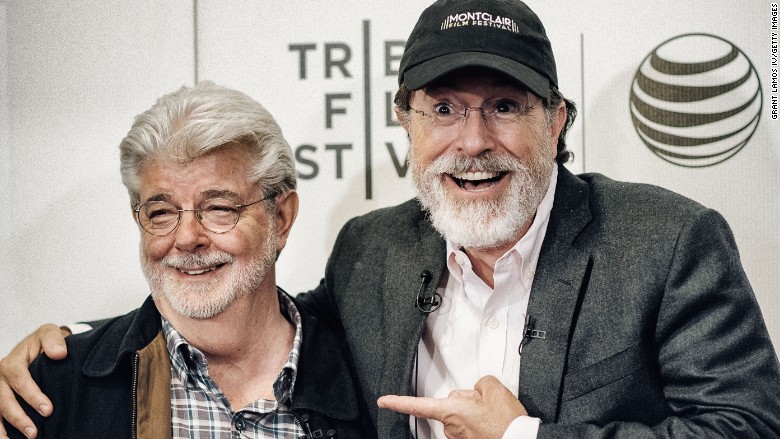 George Lucas, the man behind “Star Wars” got a chance to interview Stephen Colbert during the Tribeca Film Festival. Naturally, Lucas decided to take a chance on asking Colbert why he was not the man picked to take over reigns of “The Daily Show” since Jon Stewart is leaving. 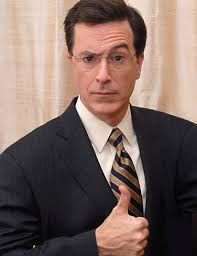 When Lucas asked, Colbert replied that he just did not want to be the one to take over that spot, considering he worked for Stewart on “The Daily Show” back in the day before Colbert got his own show. Colbert acknowledged that there is no way to get past the legacy of what Stewart did on the show, knowing he would always be in the shadow of Stewart, and there would be no way that he could ever top him. Colbert said he will always remember Stewart as being a very intelligent and keen, and adding that he loved him very much.

Colbert did say that someone who was not as close with Stewart or did not actually know him would probably be a better fit for “The Daily Show” compared to someone who was as close with Stewart as Colbert. Colbert is now growing a full gray beard and will be heading to his own late night show when David Letterman retires in September. Colbert will be the host of the “Late Show” on CBS, so it would only make sense that Colbert is focused on his own late night project, instead of stepping in to replace his friend on the network he used to have his own show, Comedy Central.

A lot of people forget that Colbert was a correspondent on “The Daily Show” back in the day, although other faces from the show throughout the years have gone onto have successful careers outside of the Comedy Central hit show. Olivia Munn, Steve Carell, Rob Riggle, and John Oliver have all become even bigger successes after leaving the correspondent job on “The Daily Show” and that shows just how powerful that show really was.

While Colbert isn’t filling in for Stewart when he leaves, another lesser-known correspondent for the show will be, which is Trevor Noah. However, Trevor has gotten himself into trouble in the past few weeks after fans of the show and critics unearthed a lot of Twitter posts that seemed to paint Noah as an anti-Semitic racist, although his posts were jokes from over 3 years ago. As for Stewart, he was interviewed by The Guardian over the past weekend, which he let people into why he chose to leave his hit television show. Stewart said that for one, he did not want to cover the 2016 presidential election, because it was something he had already done 4 other times, and it was going to end up being the same thing he has already covered. Stewart expressed that he lacked the desire and passion for “The Daily Show” these days, because the stories he covered were all cylindrical in nature, because that was the American news cycle and media. Stewart felt that he was covering the same types of stories with the same players all of the time, growing bored and dissatisfied over his job as a host covering these events.

So while Stewart moves onto projects that will give him satisfaction once again, Colbert is content on letting his time on “The Daily Show” be just great memories that he will forever be grateful for. You will be able to catch Colbert in September when he takes over for Letterman, and maybe Stewart will sit down for an interview.