In a new study, which was published in the Journal of Clinical Endocrinology and Metabolism, researchers were able to show sugary drinks actually help suppress cortisol. Cortisol is the hormone responsible for activating stress responses in the brain, and this hormone also increases belly fat. The is really the first study that has shown high-sugary drinks are actually helpful in terms of alleviating stress levels. It is important to note that the study findings showed that it was high-sugar consumption and not aspartame-sweetened products that created the lower cortisol levels. 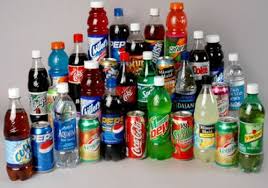 The study involved 11 women and 8 men, who were all between the ages of 18 and 40. The study participants drank both sugar-sweetened drinks and aspartame drinks. The researchers then took the participants in for functional MRI screens, which showed the researchers the brain’s stress response, and then they measured the levels of cortisol through saliva samples. The study lasted over 12 days and the findings concluded that women who had the sugar-sweetened drinks ended up with a lower cortisol response, when compared to the group of participants that drank the aspartame-sweetened drinks. The researchers also noted that the women who drank the sugar drinks also showed more brain activity in the hippocampus, which is part of the brain that typically slows way down when there are high levels of stress. The women who drank the sugar drinks had higher activity in the hippocampus compared to the group of women who drank the aspartame-sweetened drinks, which also shows that sugar and not aspartame lowers cortisol and stress levels.

Considering that 35 percent of adults and 17 percent of children are obese within the United States, this raises an important question about how psychological or emotional stress could be impacting the amount of sugary drinks that people are consuming. If adults are often under a lot of stress, then they will begin drinking more sugary drinks if they feel it is lowering their stress levels, but all of the sugar consumption will lead to higher obesity rates. Sugar also has a lot of other negative side effects to it, which means that while sugar might be lowering stress levels, it still is something that is considered unhealthy in large quantities. The Center for Disease Control and Prevention estimates that around 50 percent of the US population is already consuming various sugary drinks daily.

The researchers of the study noted how the change in cortisol levels was fairly noticeable, which means that diet really can impact our mental health. Since the group of women who drank the sugar drinks had decreased cortisol levels compared to the group who drank aspartame drinks, it could also explain why some women also have less belly fat than others. There have already been studies that have linked diet drinks, which often contain aspartame, to higher levels of body fat, and the high levels of body fat are a direct response to higher cortisol levels. Therefore, if sugar drinks actually lower cortisol levels, then those women would experience a decrease in body fat, especially belly fat.

While the researchers noted that this was a positive effect of drinking sugar drinks, it does not mean that people should be drinking sugar drinks excessively to deal with stress. People are meant to have highs and lows when it comes to stress, and choosing to drink sugar drinks like soda in response to stress is just not a good idea. There are a lot of other ways you can deal with stress and lower cortisol levels that are healthier for you, such as yoga, exercise, eating right, and meditation. The researchers noted that the findings might also explain why there is such difference in how people handle stress and why some people tend to not ever get stressed out. People who are often drinking sugar drinks might not be impacted by events compared to the group who isn’t consuming sugar beverages. Basically, this could be why something really stresses you out but doesn’t stress out your friend or significant other, because the sugar and our dietary habits is changing how our brain is responding to the stress.