‘The Prophet’ and Salma Hayek 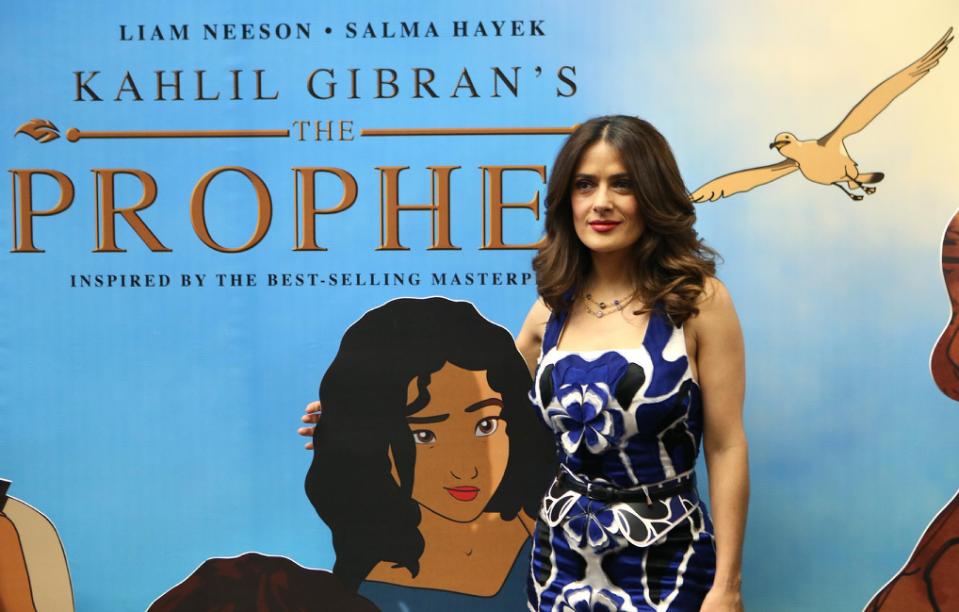 Famous actress Salma Hayek said on Monday that the animated feature film “The Prophet” she co-produced has been a personal passion project. She hopes the film can inspire young viewers to think outside the box about ways to make the world better.

Hayek is visiting Lebanon, for the international premiere of the film, written and directed by Roger Allers, the maker of one of Disney’s biggest classics “The Lion King.” Hayek told The Associated Press that the movie has a “message of peace.”

“I think the whole world could use a little bit of message of peace, and more than a message of peace, to watch something that’s uplifting for the spirit and joyous, and that you can share with your family, ” the actress said as she walked down the red carpet for the movie premiere in a downtown Beirut cinema complex.

The movie is about the story of Almitra, a young girl who finds the voice she lost through her friendship with Mustafa, a poet imprisoned for his ideas. Hayek provides the voice of her mother, Kamila.

The story follows “The Prophet,” a book written in 1923 by iconic Lebanese writer Khalil Gibran that has inspired generations of artists. The famous book, a series of poems about love, joy, sorrow, and work, has been translated to many languages and is still a popular one among readers.

The film brings many chapters, all done by different animators. The soundtrack was done by Gabriel Yared, a French composer of Lebanese descent who won an Oscar for his work on the “English Patient.” 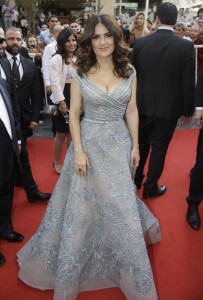 Hayek spoke to reporters on Monday and described the film as “a love letter to my heritage”. If you didn’t know, her paternal grandparents are Lebanese. She hopes the film encourages new generations to think differently and make the world a better place.

Hayek said through illustrations, it was possible to capture the spirit of Gibran’s work.

“It encourages the new generation to go somewhere else to break out of the box” to change the world, she said.

The movie also brings people together, in a region that has been torn apart by violence in the past. Gibran, she said, “is an Arabic writer who wrote philosophy and poetry and who brought all religions and the world together.”

On the red carpet, the actress revealed that she has not read the book to her daughter yet, but did watch the film with her. “It’s hard for a kid to understand (the Prophet) as it’s written, that’s why we made the movie. She understands it in the film, because she sees the images of the words,” Hayek told AP.

Hayek wasn’t the only one that made the trip, she brought her daughter and father for her first visit to Lebanon. “This has been the most amazing trip. I was not prepared for how emotional it was going to be for my family to be here,” she said.