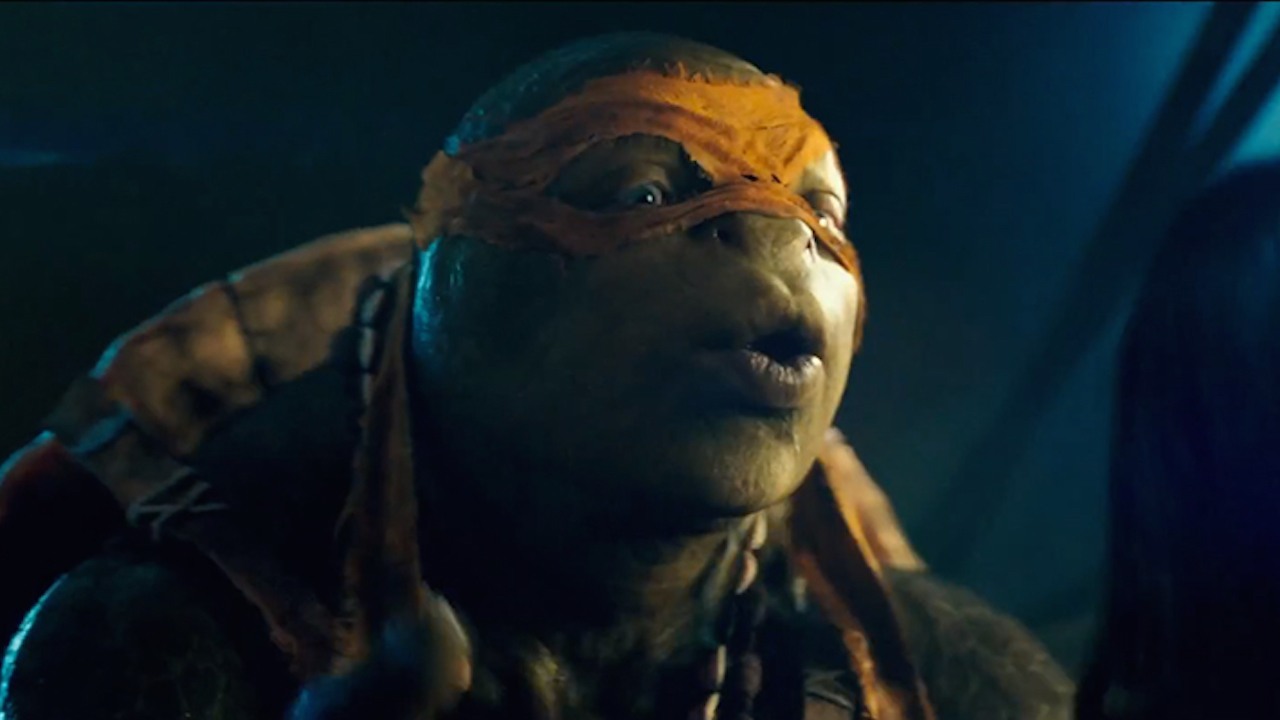 Woah a new ride! That’s what every fan wants to see in every TMNT film released. Over the weekend, Michael Bay’s official website posted a few pictures from the set of “Teenage Mutant Ninja Turtles 2,” featuring the cool looking wheels the brothers will show off in the film scheduled to be released in June of next year.

With the photo caption that says, “Just some stuff I found…” and no further details, it’s up to fans to figure out what the cars will be used for. The first looks like a heavily customized garbage truck with the iconic “Turtles” green and yellow paint. You can almost see the group riding it and having a blast. Cinemablend said the garbage truck will replace the iconic van from the movie released a year ago.

If you look closely on the front of the truck it shows a big logo of “Tartaruga Brothers.” Tartaruga means turtle in Italian, which fits the four brothers that are named after some of the country’s most famous artists:

The last picture of the ones released in the website show a slick black vehicle with a matte finish. It is not confirmed yet, but this is what the bad guy will probably ride in. None of the pictures released have major details on how they will be used in the “Teenage Mutant Ninja Turtles 2” movie, but we can assume that the black vehicle seen in the last picture won’t be driven by one of the four turtles since it’s too small for them to fit in.

Will It Be Better Than The First?

Even though last year’s film was ripped by critics, the Michael Bay action flick took more than $200 million worldwide. The blockbuster holds an approval rating of 21 percent based on 131 reviews, with a rating average of 4.2/10 on Rotten Tomatoes. Metacritic blasted the film with a score of 31 out of 100, based on 33 critics, indicating “generally unfavorable reviews”. Audiences polled by CinemaScore were a little nicer and gave the film a B grade on a scale of A to F.

Megan Fox and Will Arnett are returning for “Teenage Mutant Ninja Turtles 2,” and will be joined by Tyler Perry, who will play as scientist Dr. Baxter Stockman. His character is an enemy of the turtles and is responsible for creating the robotic rat hybrids.

The film will also feature other new characters like famous Victoria Secret model Alessandra Ambrosio. Not only will be she be making her acting debut in Hollywood but she’ll get to play herself. Rumors say she will be playing the love interest of Will Arnett’s Vernon Fenwick.

Even a few athletes like DeAndre Jordan, Matt Barnes, J.J. Redick, Austin Rivers and Spencer Hawes will make cameo appearances in the film. All members of the Los Angeles Clippers basketball team. Some characters and actors have to yet to be revealed and fans want to see more pics. Will Bay deliver?

“Teenage Mutant Ninja Turtles 2” is in production now and is set to hit U.S theaters on June 2, 2016.