Top Gear Hosts Not Coming Back? 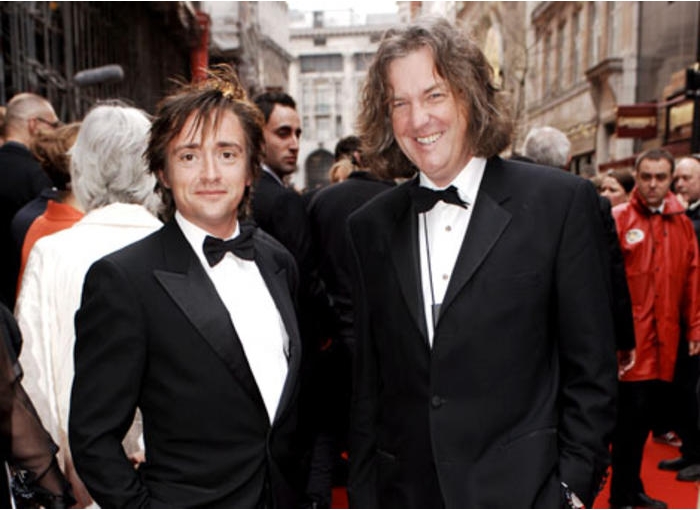 James May, one of the three hosts of BBC motoring show “Top Gear,” has said he won’t return to the popular program without the controversial and recently fired Jeremy Clarkson.

Rumors were saying that the British Broadcaster would go on with the two remaining or look for a third host later on. But May and Richard Hammond aren’t thrilled about Clarkson not getting a new contract from the company after an incident and investigation sent him packing. May told the Guardian: “Me and Hammond with a surrogate Jeremy is a non-starter, it just wouldn’t work. That would be lame, or ‘awks’ as young people say.”

He added: “It has to be the three of us. You can’t just put a surrogate Jeremy in and expect it to carry on. It would be forced. I don’t believe they would be stupid enough to try that.”

May suggested that the three may return to the show eventually. “It doesn’t mean I won’t go back; we may all go back in the future. It might just be we have a break from it. I don’t know.”

He added: “In the future, when all this has blown over, there might be an opportunity for three of us to get back together on the BBC to do ‘Top Gear’ or a car show of some sort.”

The contracts of the three popular hosts expired on March 30. This all after an incident involving Clarkson and the show’s producer Oisin Tymon. The BBC decided not to bring Clarkson back after an investigation by the company revealed that the host hit the producer after he didn’t get the dinner he wanted. It all happened after a long shoot of a Top Gear episode. 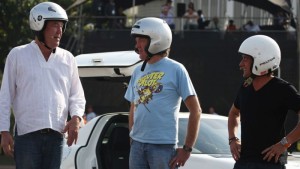 Kim Shillinglaw, the head of “Top Gear’s” channel BBC2, said Tuesday that the controversial host could end up coming back to the company. “Jeremy will be back on the BBC,” she said. “It is serious and unfortunate what happened, but there is no ban on Jeremy being on the BBC. It’s a big deal what happened, and Jeremy, as any human being would, needs some time out.”

Just a few days ago, Jeremy said he would create his own car show and this could be the chance for the three hosts to reunite with a new motoring show at a rival broadcaster. Netflix and ITV are said to be interested. This would be a huge blow for BBC, who has had success with Top Gear for quite some time. The only way that they can stop all of this from happening is if there’s a non-compete clause in the contract of one of the three hosts.

Jeremy has remained off television since he was first suspended from the show and recently cancelled an appearance to be on a quiz show for the same broadcaster. He did say that he just wanted to rethink the situation and will eventually come back to television with a new car show or even an appearance in the quiz show, which he has appeared in multiple times.

What should the BBC do? Would a new car show be as popular as Top Gear?