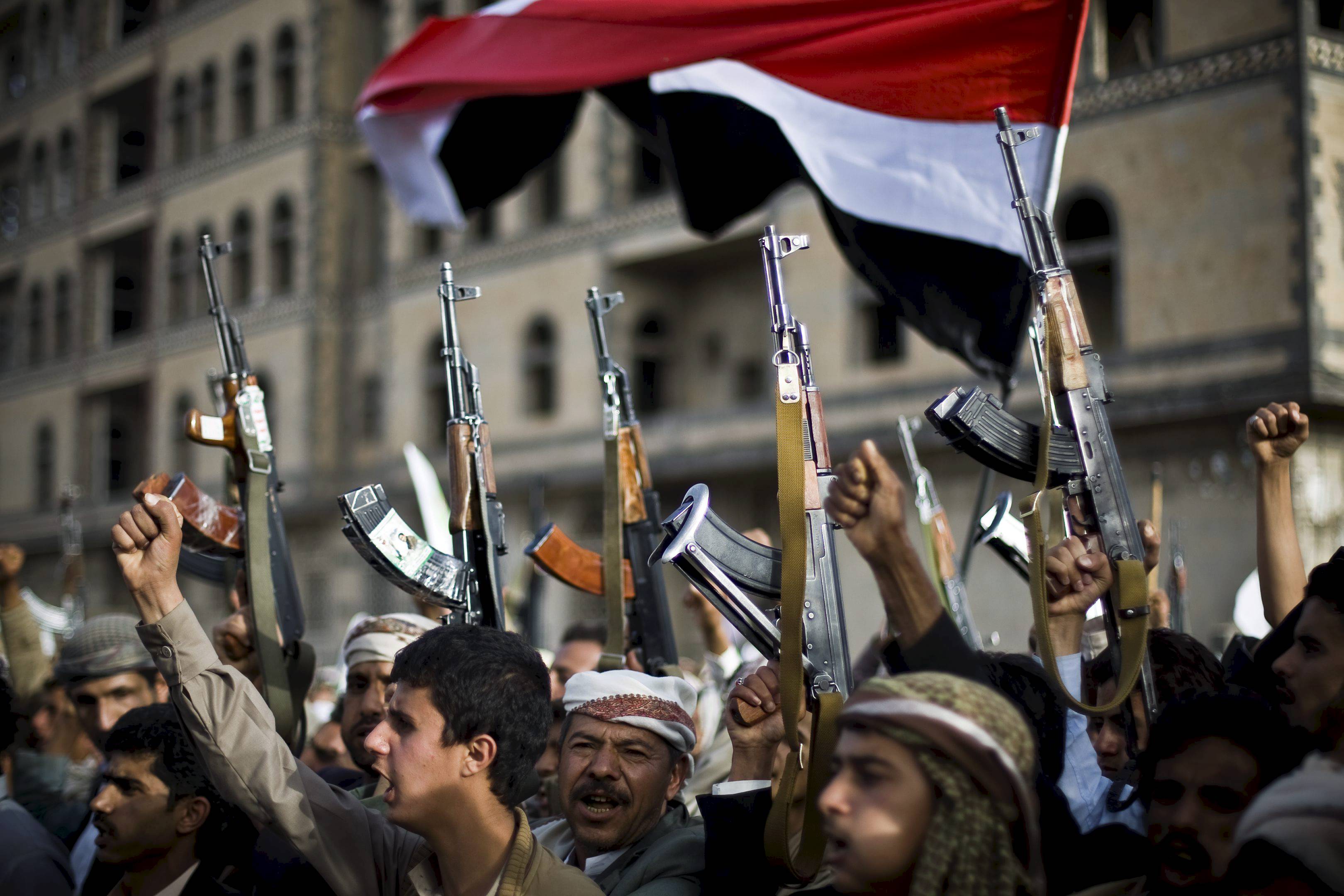 Two Iranian military officers advising Houthi rebels, reportedly from an elite unit of Iran’s Revolutionary Guards, were captured during a stand-off on Friday evening, according to militiamen in the Yemeni city of Aden.

Tehran has denied allegations of providing military assistance to Houthi fighters, whose advances were met with air strikes by a regional coalition led by Saudi Arabia, Iran’s main rival for influence in the Gulf.

The claims made by the militiamen, if confirmed,  would worsen the already bitter relationship between Tehran and Riyadh, both of which are vying for greater dominance in the region.

A statement by the kingdom’s Defence Ministry to state media said that three Saudi officers were killed and two injured after a Houthi mortar shell fired into Saudi territory on Friday, bringing Saudi casualties in the conflict to six.

Three sources from the southern city’s anti-Houthi militia said that the captured Iranians, identified as a colonel and a captain, were apprehended in separate districts that have been rocked by heavy crossfire.

According to Reuters, one of the sources said, “the initial investigation revealed that they are from the Quds Force and are working as advisors to the Houthi militia”.

Airstrikes by the Saudi-led coalition rocked the country on Saturday, hitting government buildings and a presidential palace used by Houthi leaders in the Red Sea city of Hodaida. Ground combat also battered southern Yemen, killing 20 Houthi fighters and two rival militiamen, according to residents and fighters.

With the assistance of the airstrikes, local armed groups have been resisting the southern advance of the northern-based Shiite Houthis.

Residents recall that southern fighters ambushed a convoy of Houthis and allied forces in a tribal area 60 miles north of Aden, the militia’s base. 15 Houthi fighters were killed.

Locals also add that Houthis shelled civilian areas while pushing into the Tawahi district, home to a presidential palace and city’s military port, where they have no presence.

While Houthis deny receiving any assistance from Iran and claim that their operations aim to combat corruption and Sunni Al-Qaeda militants, Saudi Arabia and its allies claim that the group is backed by the Islamic Republic.

The United Nations estimate that the conflict killed 600 people, wounded 2,200, and displaced 100,000. The Houthis occupied the country’s capital Sanaa in September.

According to Saudi Arabia’s Defence Ministry, about 500 Houthis had also been killed in fighting on Yemen’s border with the kingdom since the conflict began, but did not disclose how it came to that figure.