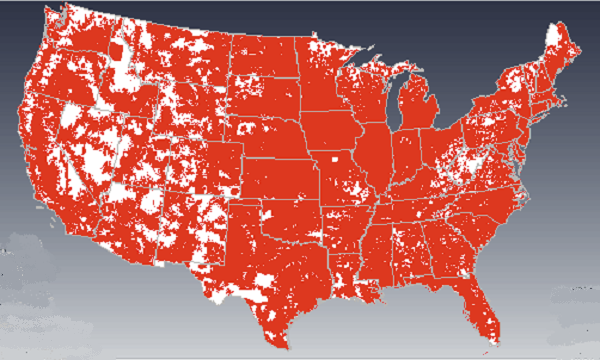 Here’s a new one: Unlimited data plans are actually really bad for consumers. At least according to Verizon.

So, why do Gold and Verizon believe that unlimited data plans are so bad for the consumer?

Gold started off by talking about how when lots of customers use lots of data, it can cause performance issues for other customers. “Let’s face it,” Gold wrote, ¨if everyone had unlimited data and used it fully, the performance of the networks would suffer because of bandwidth restrictions and the ‘shared resource’ nature of wireless.”

Gold went on to explain how that by imposing these tiered limits on the data service, users are forced to do their high bandwidth activity on WiFi, taking load off of the network. He says that “users are very well served by current wireless data plans, and really don’t require more. So, while unlimited data may sound attractive, there is no practical effect of data limits on the majority of users.”

While Verizon has stated that the views expressed in the post  “may not necessarily reflect those of Verizon Wireless,” we reason that if Gold had been talking about how cell phone carriers should be turned in to common carriers and how net neutrality is a great thing, Verizon probably wouldn’t have published it on their blog and tweeted about it.

However, a lot of what Gold says doesn’t really make sense. While monthly data limits do reduce congestion on the networks to a point, they would be designed differently if that was the purpose. Data caps impose limits on users all the time, not only when they are in a congested area. Because carriers do have systems that throttle speeds during peak hours in busy areas, we know that the the data caps are there for more than just reducing congestion.

So, with that debunked, why does Verizon really want everyone to be on tiered data plans?

It really is no secret: by making users guess at how much data they will use in the coming month, the carrier can charge outrageous fees should the user go over his or her allotment. These overage fees often scare the customer into buying more data than they need, which turns in to pure profit for Verizon. At the end of the day, keeping customers on tiered data plans makes Verizon a lot more data than unlimited plans, which they can’t charge overages for.

Where Gold really reveals how stupid he thinks we are, however, is when he explains why we shouldn’t even want Verizon to upgrade its network to handle this increased traffic.

“Invariably, degraded networks would cause the carriers to seek upgrades to their networks to increase capacity,” he writes. “Much like highways that need to be widened for peak rush-hour traffic, this would require major investments that someone would have to pay for—that someone being the subscribers.”

This is ridiculous. If subscribers were really that fearful of price increases then they should have been begging Verizon to never upgrade from 3G to 4G. After all, the upgrade to LTE was a major investment and according to Gold, major investments are something wireless users should be fearful of.

There are other signs that Verizon and AT&T have plenty of capacity on their networks, though: Late last year, AT&T and Verizon doubled the data on select plans at a moment’s notice in response to a promotion by Sprint.

At the same time, Verizon and AT&T have been actively trying to get customers off of unlimited data plans under the guise of not having enough capacity, but are more than happy to sign those same customers up for 10+ GB data plans as long as it means they’ll be paying more.

Both Verizon and AT&T used to offer unlimited data plans to their subscribers, and a few lucky people are still holding on to these plans today. Because the carriers can’t take away these unlimited plans unless the customer makes a change to their account, they have found other ways to encourage the unlimited users to switch. Both AT&T and Verizon implement ‘soft limits’, which slow down the data speed after a certain point.

Verizon’s throttling kicks in around 6.5 GB, and AT&T’s kicks in around 5 GB. They cite ¨network management¨ as the reason for these limits, however, both carriers would be ecstatic to sell you 20 GB of data for high cost.

‘Reasonable network management’ concerns the technical management of your network; it is not a loophole designed to enhance your revenue streams,” Wheeler wrote to Verizon in July 2014. “It is disturbing to me that Verizon Wireless would base its ‘network management’ on distinctions among its customers’ data plans rather than on network architecture or technology.”